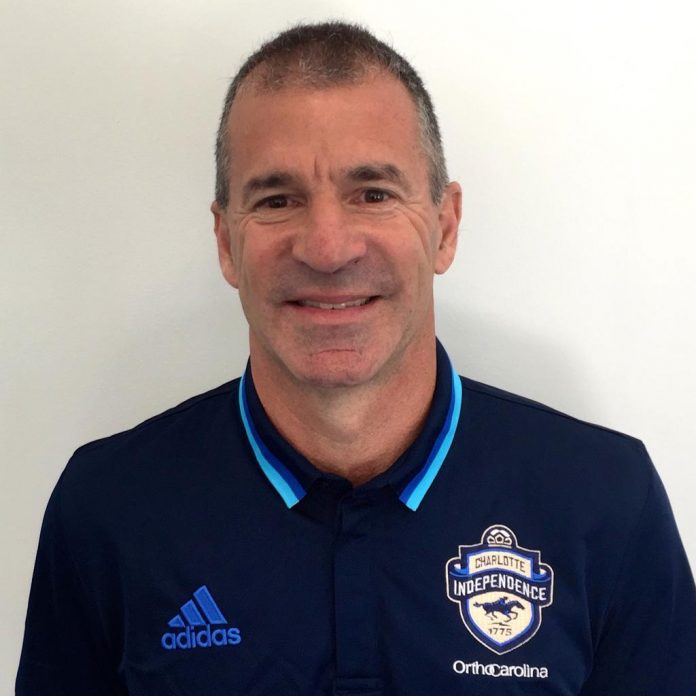 The Charlotte Independence continue to have a productive road trip and won a big game against the New York Red Bulls 3-2, tied the Harrisburg City Islanders 1-1 on the road.  The team returns home to the Matthews Sportsplex Wednesday evening playing against the Richmond Kickers.

The Independence are unbeaten in their last 8 games and hopes to continue the streak at home.  They last competed on Tuesday on the road in Pennsylvania against the Harrisburg City Islanders who played extremely well and fought to a 1-1 draw.  The home team gained a tough road point that propelled them into second place in the USL standings trailing Charleston by only 3 points 35-32.

Meanwhile, Jorge Herrera continues his hot streak and keeps on scoring for the Charlotte Independence.  The ageless midfielder scored his 50th career USL goal against the New York Red Bulls II.  He was also selected to the USL Team of the Week which clearly shows his dominance on the soccer field.  His experience, quickness, speed and skills has shown and made a significant difference for the home club this entire season.

The team is playing some of the best soccer they have played all season long.  The club appears to be focused on all aspects of the game and it shows with their current 9-3-5 record.  They are enthusiastic about the new home stadium at the Matthews Sportsplex which the team as a whole considers the facility to be their own home field.

“Independence Head Coach Mike Jeffries acknowledged he has a good group of players, his team is very strong technically, they are creative and play at a high tempo. The USL is a very high quality league, the caliber of play is exceptional, a professional teams goal is to pursue and win championships,” said coach Jeffries.

The team seems to have found their rhythm and style of play.  The passing has been crisp and their dribbling skills are excellent.  The Independence are applying consistent pressure defensively all over the field to their advantage providing additional scoring opportunities, while shutting down their opponent against some bigger physically stronger teams.  The players on this team have great talent and apply these skills to the situation. The players seem to take full advantage of forced errors that occur during the course of a game and turn them into a positive outcome.

Bring the family out on Wednesday night at the Matthews Sportsplex to see all the action first hand.  The contest will begin at 7:00 pm and you will experience professional soccer at it’s best.