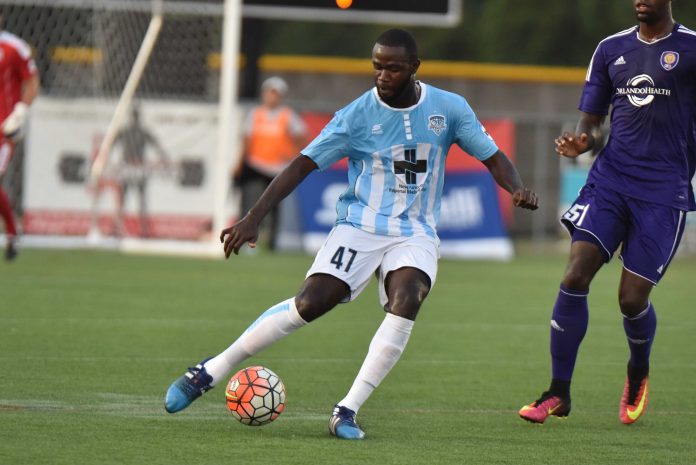 The Charlotte independence recently announced the signing of former Hammerheads defender Ashani Fairclough, pending USL and US Soccer approval.  Fairclough who originates from Jamaica last played in 2016 for the Wilmington Hammerheads FC in league competition.  He recorded 2,133 minutes played, had five goals, and one assist in 24 games.

The team and Fairclough both believe this move is a good fit for the club and Ashani.  Coach Jefferies likes to play out of the back with athletic defenders which makes this signing a potentially positive personnel enhancement for the clubs continued success.  It should strengthen an already good defensive unit.

After high school he attended college at the University of South Florida at the young age of 16.  He played against top collegiate competition from 2009-2012.  In his four year college career he appeared in 73 games with two goals and ten assists for the Bulls.  During his collegiate career, Fairclough competed for the VSI Tampa Flames of the Premier Development League in 2011.

When he was a rookie he signed originally with the Seattle Sounders, however, did not play for the franchise.  He then signed with Wilmington the following season and was named to the First Team USL PRO in 2014.

He joined the team this past Sunday against the Tampa Bay Rowdies at Winthrop University.  However, he will play this weekend at the Charlotte Independence new stadium located in Matthews at the Sportsplex this Saturday June 17th.

There will be a lot of festivities happening at these games including live music prior to the game and fireworks for the crowd and fans to enjoy.  The season will continue through the summer months into the fall, so bring out the family and kids to experience professional soccer up close and personal.