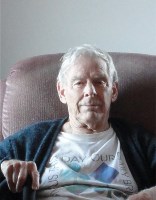 Robert was born on August 14, 1930 in Milwawkee, Wisconsin and was the son of the late Otto Grigg and Irene Boch Grigg. Mr. Grigg was an employee of the U.S. Postal Service and a Veteran of the United States Army. He enjoyed playing in Bridge tournaments with his dear friend Pat Singletary.

Mr. Grigg is survived by his wife Yolanda Redes Grigg of the home. Other survivors include a son Mark Grigg and his wife Francie of North Stonington, CT; a daughter Donna Grigg of Indian Land, SC; three grandchildren Mark Grigg, William Grigg and Pamela Grigg. Mr. Grigg was also preceded in death by a brother and a sister.