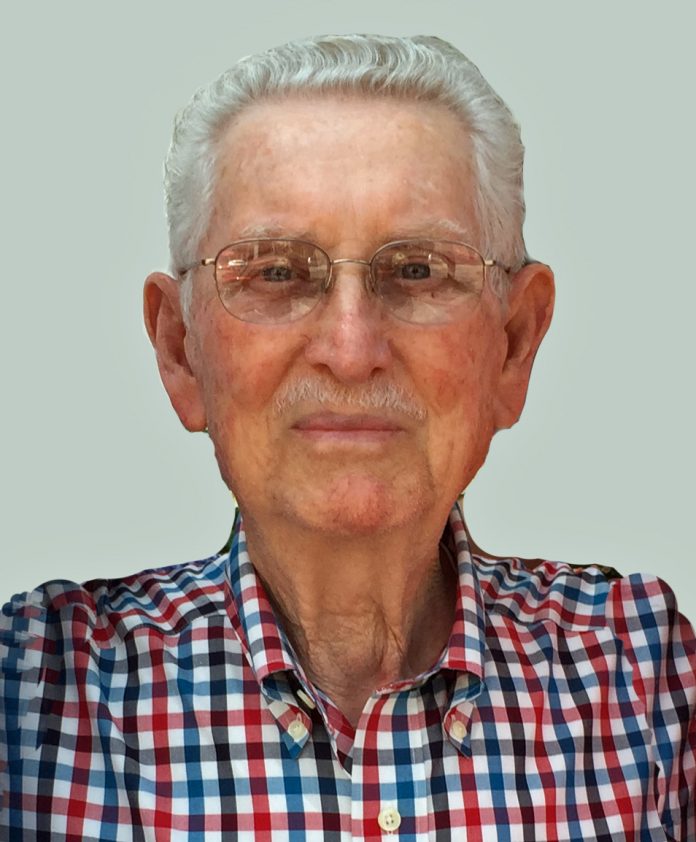 Perry Walls Tucker, 77, beloved husband, father, father-in-law, grandfather, brother & friend to many, died Saturday, July 29, 2017, surrounded by his loving family.
Born August 4, 1939, Perry was the son of the late Bertie Mae Thompson Tucker and Hazel Lee Tucker, Sr. Perry was also preceded in death by two brothers, Hazel Tucker (Ruth) and Dan Tucker (Helen); brother-in-law, James Belangia; and sister-in-law, Doris Tucker.
Perry, along with his father and brothers, worked as masonry kiln builders throughout their lives. They were known for their specialized skills in a unique field. Perry was a southern gentleman. He always showed humility, integrity, and a tireless work ethic. He expressed fierce loyalty for his family, friends and country. Perry’s life was well-lived in every way.
Those left to treasure Perry’s memory include loving wife of 57 years, Shelia Clontz Tucker; daughter, Kimberly Tucker Barbour (Scott); grandson, Collin Barbour; and his adored cat, Bella. Perry is also survived by two sisters, Isabell Belangia and Carol Fritts (Carl); two brothers, Louis Tucker and Bob Tucker (Gail); and many nieces and nephews.
A Service of Celebration will be held at 3:30 pm, Sunday, August 6, 2017 at Howell’s Baptist Church, 3800 Baptist Lane, Concord, officiated by Rev. Gary Pinkley and Rev. Donald Lisk. The family will receive friends at 2:30 pm, one hour prior to the service. Perry will be laid to rest at Forest Lawn East Cemetery, Weddington, immediately following the service.
Memorial donations may be made to Howell’s Baptist Church.
Hartsell Funeral Home of Midland is serving the Tucker family.
Online condolences may be shared at www.hartsellfh.com.