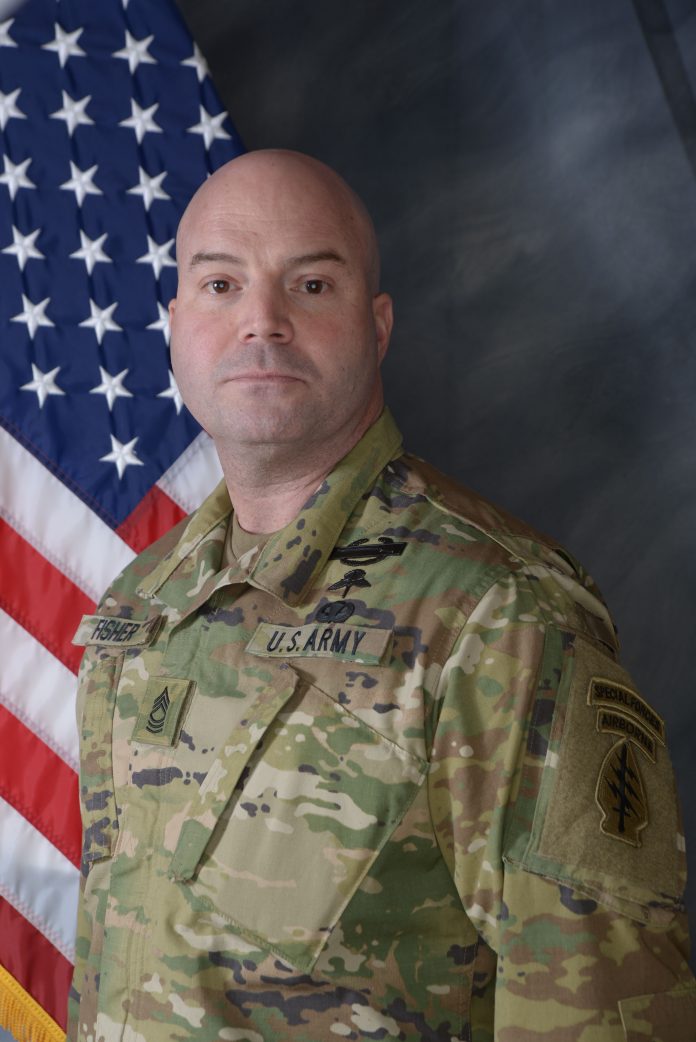 He was born August 19, 1972 in Gainesville, FL to John Bryant Fisher Sr. and Loretta Fisher.

The family will receive friends from 12:00pm to 1:00pm on Saturday, July 8, at Hartsell Funeral Home of Concord. The funeral service will follow at 1:00pm at Hartsell Funeral Home Chapel of Concord officiated by Chaplain Doug Windley. Full military honors will be provided at Carolina Memorial Park in Kannapolis immediately following the funeral service.

Hartsell Funeral Home of Concord is serving the Fisher family.

Memories and condolences may be shared at www.hartsellfh.com