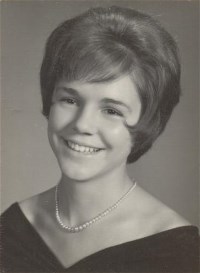 Mary Susan Hilger, 71, departed this life on June 4, 2018 at home in Badin Lake, North Carolina.  Mary was born on January 8, 1947 in O’Fallon, Illinois to Donald and Mary Sartor.  She attended O’Fallon Township High School where she graduated at the top of her class with countless awards for her achievements in Science, Band, Chorus, Drama, and Track and Field.  Mary attended Augustana College in Sioux Falls, South Dakota on a scholarship, earning Dean’s List Honors.

Mrs. Hilger was joined in wedlock to her beloved husband, Jerry Dennis Hilger, on June 8, 1968 in Collinsville, Illinois.  During their 38-year marriage, they built a happy and successful life together in Maryville, Illinois and Blue Ridge, Virginia, raising two beautiful children in Gina and Jason Hilger.

During her early life, Mary was a trailblazer for women in industry as a chemist at the prestigious Monsanto Company in St. Louis, Missouri in the 1960s.  Possessing a brilliant mind, she also excelled as an environmental chemist, pharmacy technician, substitute teacher, referee/umpire, and stay-at-home mother.  She enjoyed reading, gardening, yardwork, crafts, cooking, camping, hiking, and water skiing.  She was also an outdoor enthusiast and nature lover.  Most importantly, Mary was a loving and caring mother and wife who adored her husband Jerry, children Gina and Jason, daughter-in-law Landy, and grandchildren Carlos and Jose.

Mrs. Hilger is preceded in death by her husband, Jerry Hilger and her parents, Donald and Mary Sartor.  She is survived by her children, Gina and Jason; her grandchildren, Carlos and Jose; and two brothers, Donald and Dick Sartor.

A visitation will be held on Wednesday June 6, 2018 from 6 PM until 8 PM at Stanly Funeral & Cremation Care.