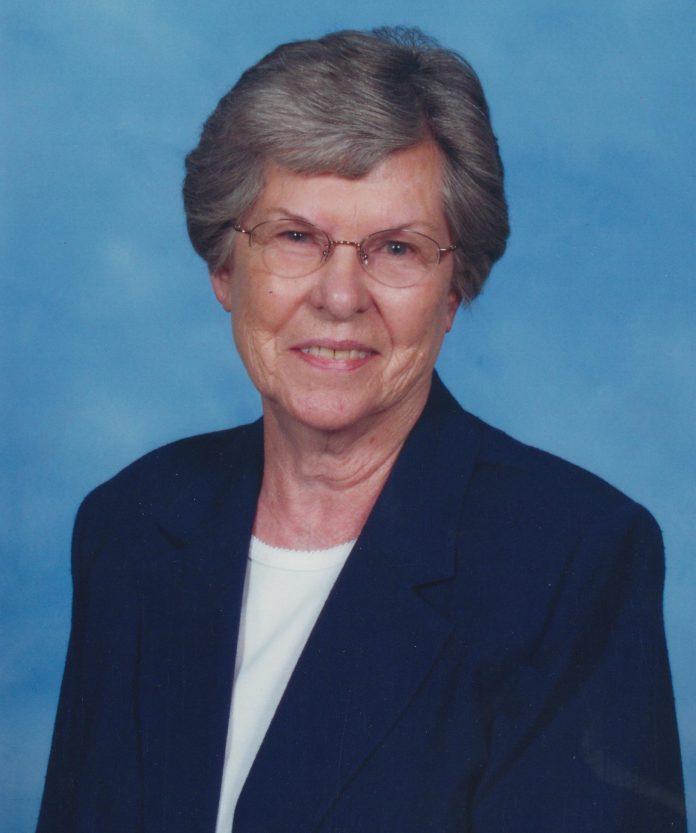 Margaret Motley Wallace, of Harrisburg, went to be with the Lord on April 30, 2017.

She was born on June 23, 1924 to Sam J. Motley and Nannie Motley of Midland. Margaret was married to the late Robert H. Wallace for 55 years before his passing in 2002.

The visitation will be on Wednesday, May 3, 2017 from 11:30 a.m. -1 p.m. at Pine Bluff United Methodist Church in Midland. The funeral service will follow at 1:00 p.m. in the church sanctuary and will be officiated by Rev. Arval Rushing. Burial will be in the church cemetery.

Margaret would have celebrated her 93rd birthday in June of this year and her life was marked by love and compassion for all. She was a dedicated wife and mother who always placed her family’s needs ahead of her own. Margaret enjoyed gardening and cooking, and her family always looked forward to her large, delicious meals on special occasions.

In her later years, Margaret’s pride and joy were her seven grandchildren. She had six grandsons, Justin, Jason, Stephen, Jordan, David and Jack, and one granddaughter, Mary Kathryn. In addition to her children and grandchildren, she is survived by one sister, Edna Biggers of Midland.

Margaret was a lifelong member of Pine Bluff United Methodist Church in Midland.

The family would like to thank Hospice and the staff at Unlimited Possibilities for their compassionate care.

In lieu of flowers, contributions may be made to the general fund of Pine Bluff United Methodist Church, P. O. Box 485, Midland, NC 28107.

Hartsell Funeral Home of Midland is serving the Wallace family. Online condolences may be made at www.hartsellfh.com.