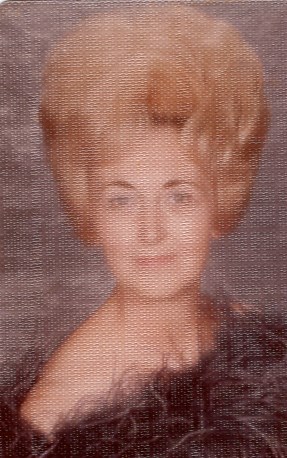 Mrs. Louvada Tucker Barbee, 94, of Albemarle, NC went to be with her Heavenly Father and reunite with her loved ones that have left this earth before her on Saturday, August 4, 2018.

She was born on July 30, 1924 in Albemarle, NC to John Frank and Rosa Hatley Tucker and was one of eleven children.  She married the love of her life, Gerald Edgar Barbee on January 19, 1946 and together they had three children.  Left to honor Louvada and remember her love are her children, Jackie Barbee(Marsha),  Debi  Kerr (Lyle) and Anita Reier (Bob), seven grandchildren, April (Paul), Kamden (Jerry), Brittany (Jason), Hunter, Chad , Camryn, and six great-grandchildren, Landon, Dylan, Baydon, Scotlyn, Presley, and Memphis.  In addition to her parents, Lou was preceded in death by 10 brothers and sisters and her loving husband of 33 years, Gerald Edgar Barbee who proceeded in her in death on January 31, 1979.

Funeral services will be held on Wednesday, August 8, 2018 at 2 PM in the Stanly Funeral Home Chapel with Pastor Mark Mabry officiating.  Burial will follow in Stanly Gardens of Memory.  The family will greet friends from 1 until 2 PM at Stanly Funeral and Cremation Care, prior to the funeral service.

The Barbee family would like to extend our sincerest gratitude to all the staff at Trinity Place in Albemarle for their attentiveness and loving care.  In lieu of flowers, memorials may be made in Louvada’s name to Trinity Place, 24724 S. Bus 52, Albemarle, NC 28001.

Stanly Funeral and Cremation Care of Albemarle is serving the family.