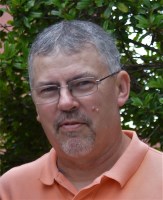 Jackie Lynn Almond, 64, of Albemarle, passed away Tuesday June 19, 2018 in CHS-Main, Charlotte, NC. His visitation will be Thursday June 21, 2018 from 6 PM until 8 PM at Stanly Funeral & Cremation Care of Albemarle. A private service will be held at a later date.

Jackie was born February 16, 1954 in Stanly County, NC and was the son of the late Warry Dewitt Austin and Mary Lou Talbert Almond. He was an employee of Fiberon Composite Decking in New London, NC.  In his younger years, Jackie loved bowling and playing softball and currently was an avid hunter. He was a huge Dallas Cowboys and Duke Blue Devils fan. Jackie was a wonderful husband, father, Paw Paw and a great coworker and friend.

Stanly Funeral & Cremation of Albemarle is serving the Almond Family.