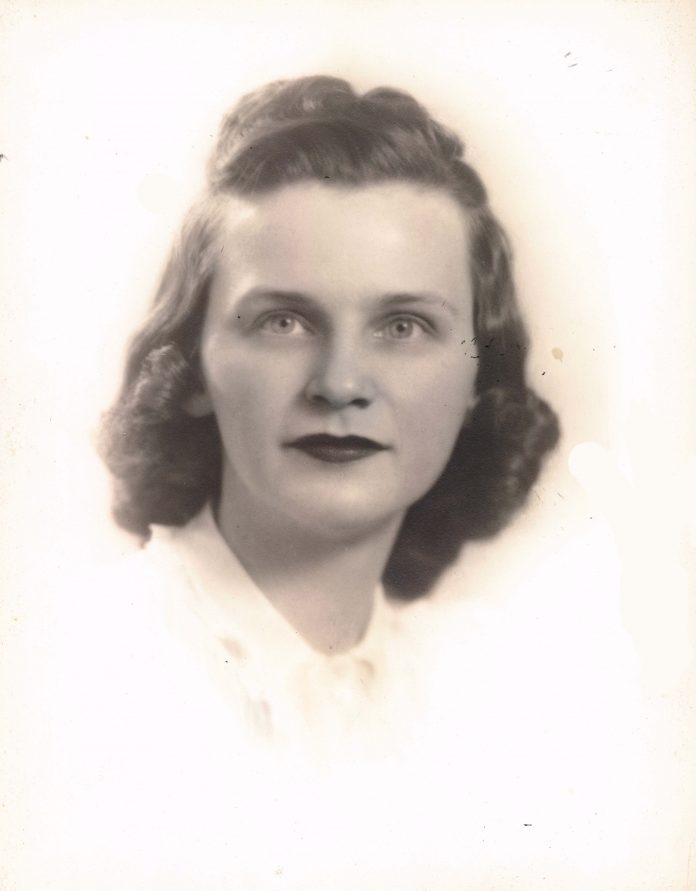 Doris was born June 7, 1920, in Louisville, Kentucky, to Floyd Thomas Wright and Eugenia Briggs Wright. At the age of 18 she moved to Concord and met her future husband Fletcher Hartsell at a young adult event at the First Missionary Baptist Church on Chestnut Drive, Concord. Following her marriage to Fletcher, she worked as the assistant to the auditor of Cannon Mills in Kannapolis. Doris and Fletcher lived in Concord
throughout their life together. After the birth of their first child, Fletcher Jr., Doris stepped out of the work place to raise and nurture their children, to engage in church, community, and work pursuits with her husband, Fletcher, and to hone her baking and sewing skills. She returned to Cannon Mills in the Accounts Payable Department in 1966, where she worked for another 18 years, continuing to support and encourage the educational and community pursuits of her children and the church and community activities of her husband. Not having benefited from higher education themselves, both she and Fletcher Sr., through dogged determination, proudly provided a university education for their children, a legacy extended by their children to their grandchildren, as each of them also received college degrees. As a tribute to their parents and the value they placed on education, their children sponsor the Fletcher L. Hartsell Sr. and Doris Wright Hartsell Scholarship at Concord High School, awarded each year to a first-generation college student.
As a member of McGill Baptist Church, Doris served as Cradle Roll Director, Sunday School and Training Union teacher, and was an active member of Woman’s Missionary Union. She especially enjoyed working in the nursery and with young children, often creating craft activities for them. Doris loved baking, and her bite-sized pineapple pies, cookies and cakes disappeared quickly at all church socials. Additionally, in the mid-1950s, she led in organizing a countywide polio vaccine clinic sponsored in the schools by the Cabarrus County Health Department.

In addition to baking, Doris loved sewing, knitting, crocheting, reading and growing flowers in her yard. She made numerous afghans, pillows, dolls, stuffed animals and pocketbooks, gifting them to bring joy to someone else. She read two newspapers and her Bible daily, and always carried a book wherever she went. Her flower bushes, especially camellias, continue to bloom each year as a testament to her green thumb.

She was preceded in death by her husband of 59 years, Fletcher Hartsell, Sr.