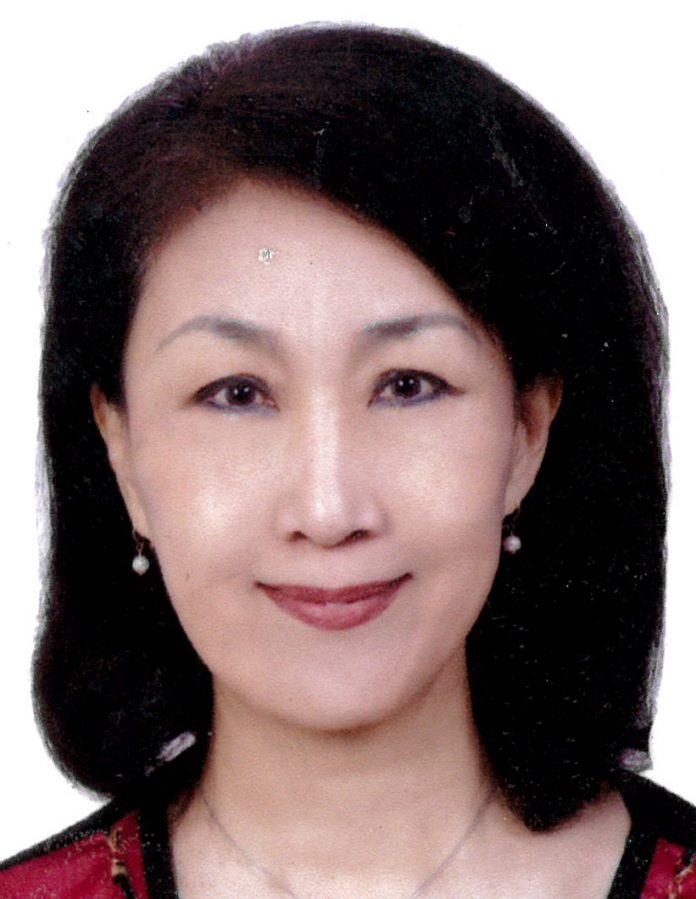 Ramona Chu Wan passed away unexpectedly on May 29, 2017 at the age of 68 while at her home in Norwood, North Carolina.

She was preceded in death by parents, F.H. Chu and Z.Z. Zhou, and her son, Carl Cheng.

Ramona was born on November 30, 1949 to F.H. Chu and Z.Z. Zhou. She graduated from Providence University in Taichung, Taiwan with a bachelor of science in chemistry. She then came to the United States where she received her masters of science in chemistry from the University of Wisconsin – Lake Superior. She had a long, successful career as the associate director of regulatory affairs with Novartis, before retiring in 2007. On October 11, 2008, she married Shaw, a urologist and the love of her life. At that time, she fully embraced her husband’s adult children, treating Stephanie and Randy as if they were her own children.

Ramona was an avid traveler, visiting every continent except South America. Every place that Ramona visited, she immersed herself in the local culture and cuisine. She had a passion for community service,
regularly donating blood, previously serving as a chairperson for a local chapter of the American Cancer Society, helping to rebuild two villages that had been devastated by the earthquake in Nepal, and traveling with her husband for volunteer medical missions in the Middle East. Ramona will be remembered by her many friends and her family for her bubbly personality, her laughter, and her ability to make a friend wherever she went.

A visitation is scheduled from 6:00PM to 8:00PM on Friday, June 9, 2017 at Hartsell Funeral Home, located at 522 North 2nd Street in Albemarle, North Carolina. A memorial service is scheduled for

11:00AM on Saturday, June 10, 2017, also at Hartsell Funeral Home. The memorial service will be followed by a lunch. In lieu of flowers, the family asks that you make a donation to Providence University, Taichung City, Taiwan. Any donations made should be made in the care of Dr. Shaw Wan.