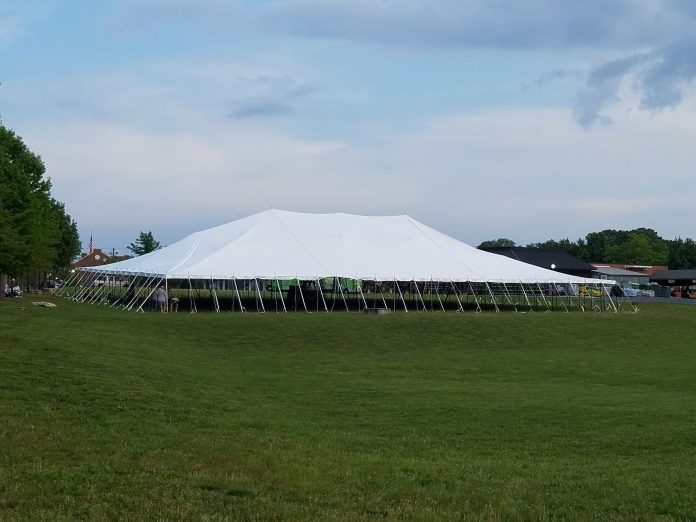 Kane Tomberlin is a local contractor born and raised in Stanfield. In 2016, Tomberlin felt called to go in a different direction of life. Having been a deacon and Sunday school teacher for many years, Tomberlin was called by God, as His servant, to be an Evangelist. In February he formed a nonprofit organization called White Tent Revival.

In April, with the use of contributions, Tomberlin purchased an 80’ X 120’ white tent to be used for revivals. The tent will get its first action next week as Tomberlin will hold a revival May 7th through 14th in Locust Town Center. With the help of many local volunteers, the tent was raised on Saturday and expectations are high for a great week of services. Tomberlin, who was ordained in 2016, is known for his Bible skits. He will often visit local churches, dressing up in Biblical garb, reenacting Bible stories (often times memorizing large portions of the Bible).

The Tent Services begin each night at 7:30 and will include singing from local churches and groups as well as preaching. For more information, please visit facebook.com/KANETOMBERLIN/