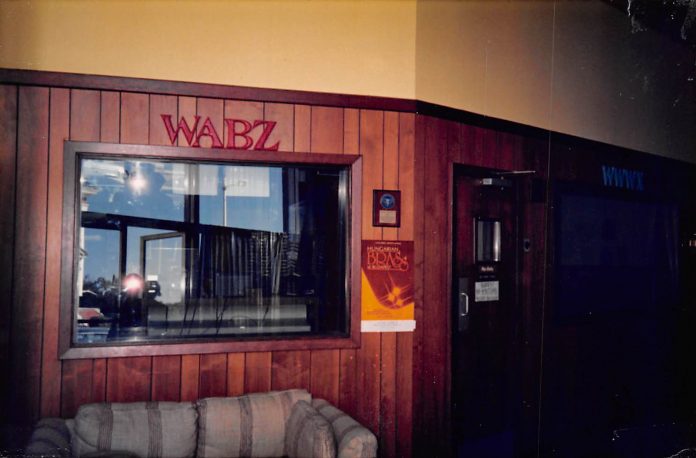 Three familiar radio announcers will take the mic at 7 o’clock on Thursday, July 20, for the Stanly County Historical Society’s program “The History of Radio in Stanly County.” Plans are to hold the program in one of the former radio station locations in downtown Albemarle. The site is currently the Crowell Youth and Activity Center located at 108 East North Street (directly across the street from the side of the First Baptist Church.) 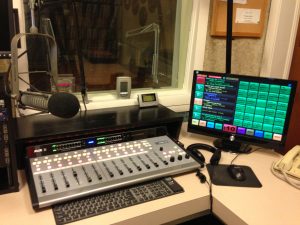 Matt Smith, owner of stations 1010 WSPC and AM Stereo 1580 WZKY, will start the evening off with some history about the early days of radio in Stanly County. The program will follow the historical timeline as radio personnel, station locations, and technical changes occurred over the years.

Bob Harris, a former Sports Director for WZKY who retired at the end of 2016-17 after 41 seasons as the “Voice of the Duke Blue Devils,” will take the mic to reminisce about how his long-running career started at WZKY in Albemarle.

Leon Warren, Morning Show Host on WSPC 1010 AM, who keeps us all informed about happenings in our area, will talk about his early radio career starting in the mid 70’s to the present time.

Smith will take the mic again to talk about the present status of the stations and conclude with some interesting plans for the future.

Matt Smith, Leon Warren and Bob Harris are all well-known to radio listeners.

Matt Smith grew up in Albemarle. He listened to local radio every morning getting ready for school. By the time he was a senior in high school, he had held part-time jobs at WZKY and at WJRM in Troy. From these experiences Smith knew he wanted to have a career in radio. He attended NC State where he earned degrees in business and communication, setting his goal on radio ownership. While in college he worked for some stations in the Raleigh area and continued to work at WZKY – WSPC – WABZ during the summers. After graduation, he moved back to Albemarle to work at the local stations. When Bill Norman moved to the beach in 2000, Smith worked out a deal to buy the radio stations, which he did on April 1, 2004

Leon Warren began his radio career in the mid 70’s working at stations in Charlotte, Monroe, and primarily Albemarle. From 1988 to 2000 Warren was the first director of the Stanly County Agri-Civic Center. In the year 2000, he returned to what he likes best – radio. For the last 17 years he has been the Morning Show host on WSPC 1010 AM and the News Director for WSPC and AM Stereo 1580 WZKY.

From relative obscurity in 1975, Bob Harris made his mark on Sports-Casting as one of the most recognizable voices in the country. Harris began his broadcast career at WZKY in Albemarle where he was Sports Director for eight years. He went on to serve as Sports Director at WDNC in Durham for 24 years. During his 41+ years as the “Voice of the Duke Blue Devils” Harris broadcast 471 consecutive Duke football games and 1,392 Duke basketball games.

In 2016, Harris was awarded the “Order of the Long Leaf Pine” by Governor Pat McCrory. In April 2017, he was named the first “Honorary Alumnus” of the Duke University Alumni Association. In December of 2017 Bob Harris will be honored as the “Duke Legend” at the ACC Football Championship Game in Charlotte.

Join us at 7 o’clock on Thursday, July 20 to learn about the rich History of Radio in Stanly County. The program is free, but reservations will be required. Call the Stanly County History Center at 704-986-3777,or go to http://historicstanly.org and select the Event Registration tab at the top of the page. Be sure to click SUBMIT to complete your online registration.