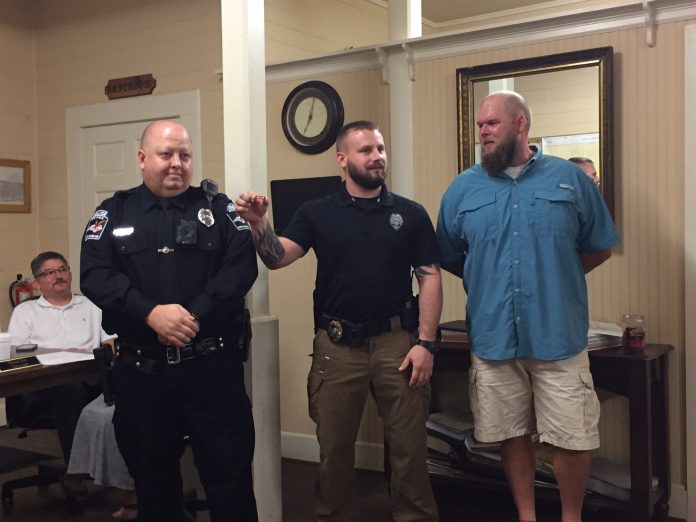 During last week’s board meeting in Stanfield, Town Administrator Bridgette Helms presented the annual year-end report for the 2016-2017 fiscal year.

In the area of public safety, Helms reported that the police department recently hired a fifth full time officer and is now fully staffed. The town also purchased a new Ford Interceptor for Chief Faggart. This past year, Stanfield police officers were involved in the Read with a Cop program at Stanfield Elementary School and partnered with other local police departments to participate in the Shop with a Cop program at Christmas.

The Stanfield Police Department offers several programs residents should be aware of, said Helms. Residents can notify the police department when they will be out of town and officers will provide residential security checks. The police department offers a Caring Neighbors Program in which an officer will check on elderly or disabled residents on a regular basis. The police department also offers an Alzheimer’s/Dementia Program which is designed to help police search for individuals with these conditions who may wander away. More information and registration forms for these programs can be found on the town website at Stanfieldnc.com.

In the area of maintenance, Helms reported that the town’s street lamps were recently retrofitted to LED lights which will be a significant cost savings for the town. Stanfield also recently started a curbside recycling program with grant funds. Since starting the program, 40 tons of recycling has been disposed of.

In the parks and recreation department, lights were added to the picnic shelters at the park. The backstop on field 2 was replaced. Helms reported that three leagues hold regular practices at the park and one league holds games.

The town also held the seventh annual fall festival in October and the second annual outdoor market in June.