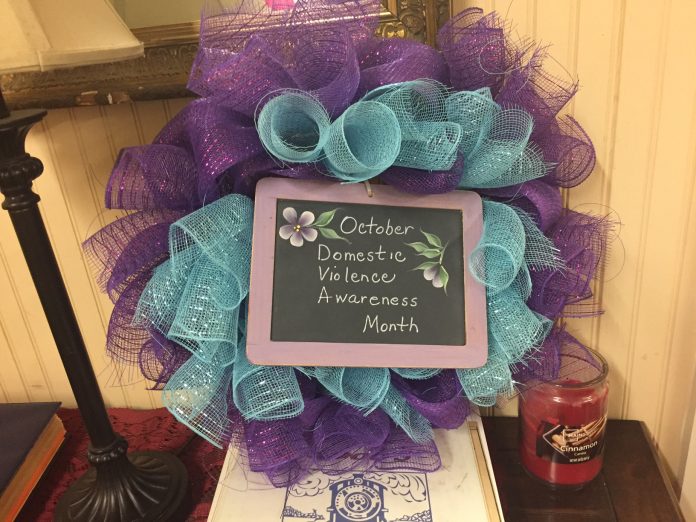 Esther House of Stanly County provides safe shelter and other services to victims of domestic violence, sexual assault and human trafficking. Stanly County 911 received 366 calls for service for domestic violence in 2016. Davis said Esther House served 129 women and 46 children in 2016. She also said the shelter is currently at capacity and has had to turn victims away due to lack of space. Esther House is looking to renovate and expand the shelter to better meet the needs of the community.

Esther House will host Walk a Mile in Her Shoes on Saturday, September 16 at the town square in Albemarle (Second and Main Street). The event is an international men’s march to stop rape, sexual assault and gender violence. During the event, men will walk a mile in women’s high heeled shoes. Registration begins at 3 p.m. and the walk begins at 3:30 p.m. The first 25 registrants can rent shoes for $5. All other participants must provide their own shoes. The cost of the event is $25 per person. The Albemarle Police Community Night Out event will immediately follow the walk. For more information and to pre-register, contact Alisha McRae at sava.estherhouse@gmail.com or 704-961-7502. More information about the event can also be found at stanlyestherhouse.weebly.com or walkamileinhershoes.org.

Commissioner Greg Lucas read a proclamation for October as Domestic Violence Awareness Month which the board approved and signed.