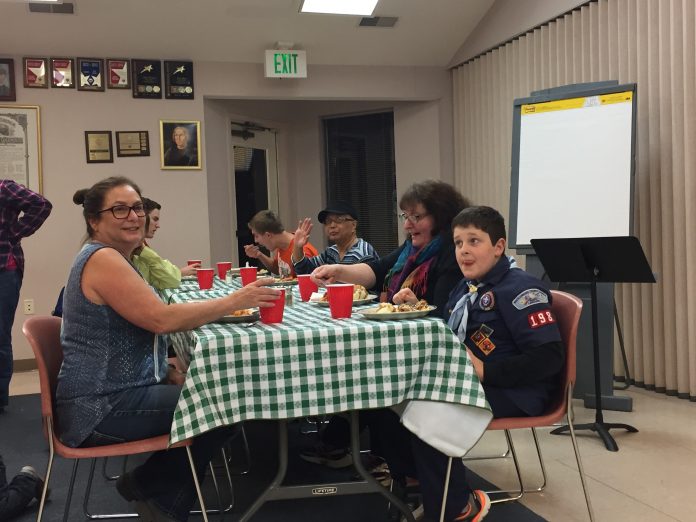 A little over 21 years ago, Rick Gilbert and his daughter were going into a restaurant for lunch. Outside the door stood an apparently homeless man looking for help. “I did nothing at the time, but my daughter, who was around 7 years old then, was concerned about the man,” said Rick Gilbert, one of the original organizers of Room at the Inn at St. Luke’s Parish in Mint Hill, along with his wife, Debby.  “She said, ‘Dad, we need to do something to help people like that’ and I felt convicted to find a way to help those less fortunate. “Coincidentally, the seeds for the Room at the Inn Ministry had just been planted at St. Luke’s. The family that was starting it had to move away, so my wife Debby began volunteering, and urged me to join her. This is the 21st year for this outreach.” 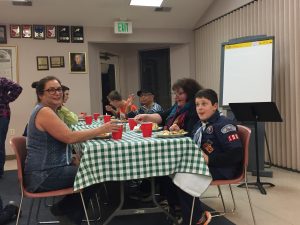 Room at the Inn is a program to give homeless people (they are referred to as “neighbors”) a warm place to spend the night as our weather turns colder this time of year. Over 120 churches, organizations, and colleges in the Charlotte area participate and are totally dependent on donations and volunteers. Through the organized efforts of The Urban Ministry Center in Charlotte, “neighbors” are identified, screened for alcohol and drugs, and begin lining up at 4:30 in the afternoon at the Center, where they wait for transportation.

Every Friday evening, December through March, St. Luke’s sends a van to the Center to pick up a maximum of 12 people. Women and children are given first preference. The van then comes back to the church, where neighbors are treated to dinner. “We use real china, not paper plates. They are our guests and we want them to know they are special,” said Tom Barsanti, another coordinator of St. Luke’s Room at the Inn, “just as you would any guest in your own home.”

As the dinner is getting its finishing touches, the neighbors are treated to live music, usually by Pete Conrad and his guitar, and he is often joined by other musicians from the church. There is a time for prayer, a blessing sung to the tune of “Edelweiss”, and neighbors are asked to go first in the buffet line. Greg Reeder is the food coordinator and is responsible for securing the food donations–and making sure everything shows up. “There have been times when donors forgot to bring the food, but somehow something almost always happens that gives us enough,” Greg said. “If not, there is a pizza place just up the street.”

After the neighbors have filled their plates, the volunteers can get in line, then take their plates to sit among the neighbors. “Sometimes we just make small talk, but sometimes  they want to tell you their story,” said Pete Conrad. “There are so many mistaken stereotypes of those who are homeless, but really, anyone can find him or herself in a bad place sometime in life.”

After dinner, dessert, and coffee, the neighbors are free to go directly to bed in one of the cots set up in the preschool rooms, or can listen to more music or watch television. Any necessary personal care items are provided for those who need them. The cots are made up of cozy blankets and sheets, covered by a quilt and a welcome sign. During that transition, two volunteers (known as the “innkeepers”) come to spend the night. One is always awake in case of any problems, while the other gets to rest. “We rarely have a problems. There are a few simple rules, and the neighbors usually respect them,” Rick explained.

The next morning, a full breakfast is served, including eggs made to order, pancakes, hash browns and bacon or sausage. Afterwards, the neighbors are given a sack lunch and taken back to the Center or bus station, the linens and bedding are sent to Mint Hill Dry Cleaners, where they donate their services, and plans begin being made for the next Friday.

“There have been times when the tendency was to panic if the needed supplies or people didn’t come through,” said Debby Gilbert. “But somehow, what we need just shows up, and it works out.”