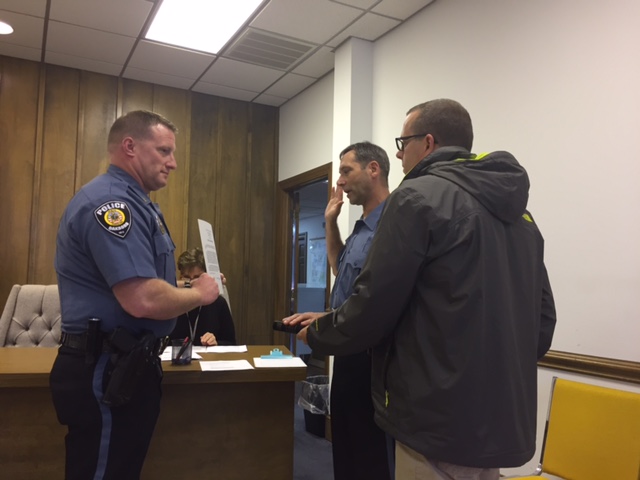 “Welcome on board,” said Police Chief TJ Smith, as he pinned Money’s badge to his uniform.

“Carey, we’re glad to have you on board,” said Mayor Doug Burgess. “Thank you for being a part of Oakboro.”