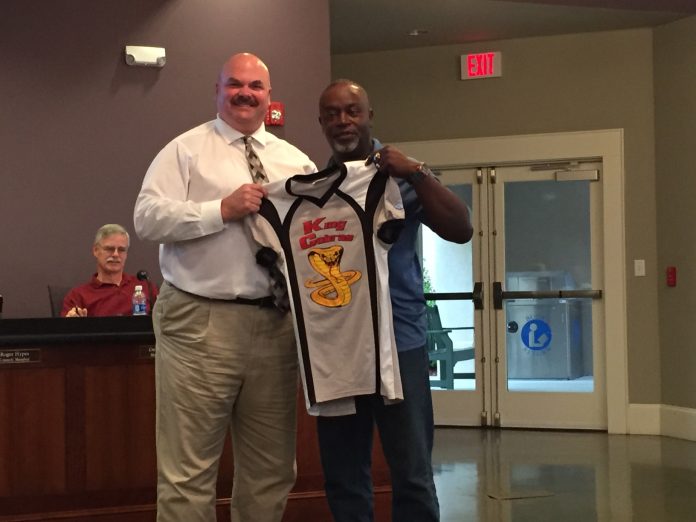 During last week’s meeting, the Locust City Council discussed the preliminary budget for the 2017-2018 fiscal year. The proposed budget included a $143,000 surplus in the General Fund.

City Administrator Cesar Correa made several suggestions for ways to allocate the surplus funds, including the rehabilitation of the tennis courts at a cost of $21,000, improvements to the community center building at a cost of $18,000 and completing the final payments for the Motorola lease. Correa said retiring the Motorola payment early will not only save nearly $2,000 in interest, but will also help with the anticipated need to hire two new employees, a police officer and a public works employee, in the 2018-2019 fiscal year. The council approved the allocation of the surplus funds to the community center improvements and the payment of the Motorola lease, leaving the remaining funds in the fund balance.

The council also discussed funding requests from the Stanly County Arts Council and the West Stanly Senior Center. Council members expressed an interest in helping to fund the senior center.