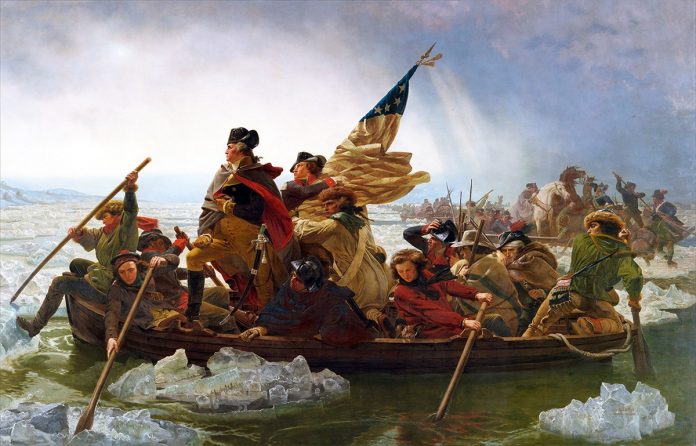 We have just experienced one of the longest number of really cold days in recent memory. So, it is most appropriate that thoughts should turn to George Washington and the Continental Army and their experience during the winter of 1776.

During that winter over two hundred and forty-two years ago the United States had been a nation for but six months.  The Continental Congress had fled the capital of Philadelphia.  The fledgling American Army under the command of General George Washington had been smashed and defeated.  British forces had been reinforced by German mercenaries know as Hessians, swelling its ranks to 20,000 troops compared to the Americans’ scattered troops of 5,000.

With harsh winter weather setting in, the American Army was able to escape destruction by placing the formidable Delaware River between themselves and the British forces. Holding the mere Colonials in contempt, the British high command placed 1,200 Hessians in Trenton, New Jersey, to watch the dwindling Continental Army along the Pennsylvania shore.

Yet, with such odds facing him, Washington formulated a bold plan that would save the Army and the American War of Independence.

Today one may cross that river and experience a sense of this harrowing event.

The speaker for the evening will be Steven A. Campbell, a much sought-after speaker. Over time, Campbell has researched and written a series of history lectures, “The Battlefield & Beyond,” spanning the 18th, 19th and early 20th centuries.  In all his presentations Campbell emphasizes the human element and its impact on history.

From 1969 -1972 Campbell served honorably as a Non-Commissioned officer in the U.S. Army. Following his military service, he graduated from the University of Louisville’s Southern Police Institute. Then he spent three decades in Criminal Justice service with the High Point, NC Police Department. He achieved the level of Captain.

Campbell’s interest in history is obvious when you consider his lengthy list of affiliations. To name a few of the most significant: Blackmer Lodge No. 127, AF & AM, Friends of Mount Vernon, The French & Indian War Foundation, Campaign 1776, Mosby Heritage Area Association, Civil War Trust, and Montgomery County (NC) Historical Society. In addition, he has been appointed an Ambassador for The George Washington Masonic National Memorial.

To register to attend this program call the Stanly County History Center at 704-986-3777 or go online to http://historicstanly.org and select the Event Registration tab.  Be sure to click Submit to complete the online registration. 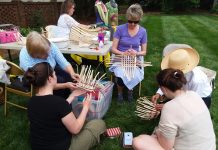 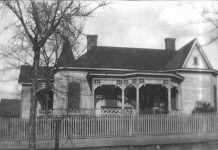 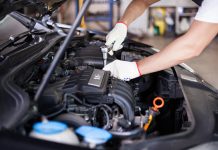 Careers In The Trades: Automotive Technicians