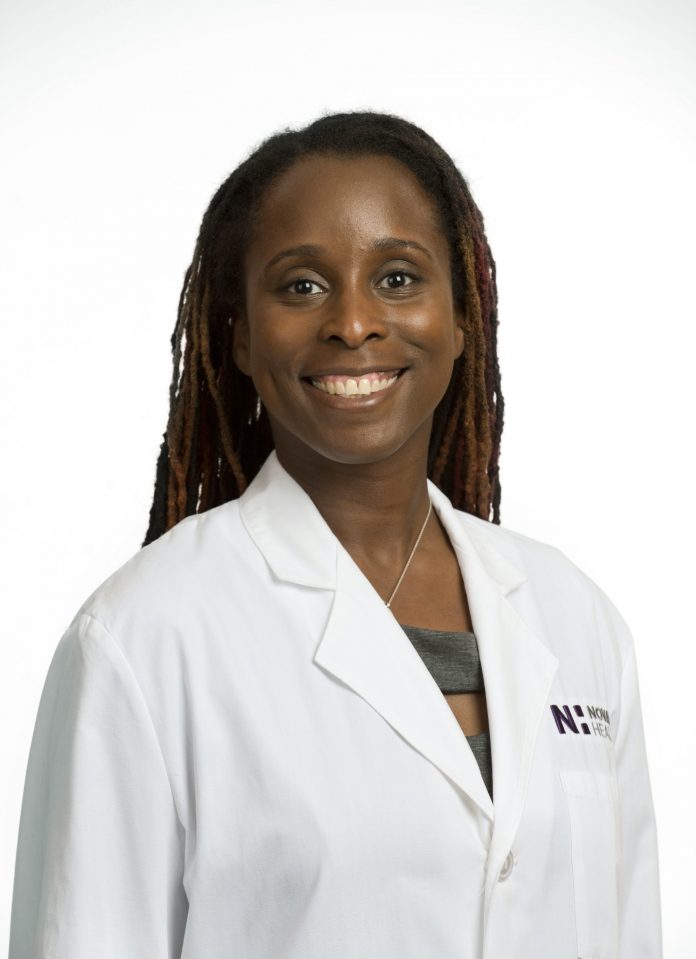 May is National Stroke Awareness Month and for good reason. Stroke is the fifth leading cause of death and a leading cause of disability in the United States, and many Americans have multiple risk factors that increase their risk of having a stroke in their lifetime. Dr. Carlene Kingston, stroke medical director at Novant Health Presbyterian Medical Center, shared with me some important need-to-knows about this potentially life-threatening condition.

A stroke occurs when there is a disruption of blood flow and oxygen to the brain. When it comes to treating stroke, minutes matter. If a stroke is not caught early, permanent brain damage or death can occur.

“There really is no rhyme or reason to when a stroke can happen,” Dr. Kingston says. “It’s critical to recognize the signs and symptoms and seek treatment as soon as possible. For every minute a stroke goes untreated, up to 2 million brain cells die.”

Get to know the signs and symptoms

The most common stroke symptoms are easy to remember if you think F.A.S.T.

Dr. Kingston noted that most strokes are not associated with pain, which often leads people to believe they’re fine, and they wait for the symptoms they’re experiencing to pass. However, with each passing minute, brain cells are dying that will never be recovered.

“The most frustrating thing for me as a stroke specialist is that folks will stay home with their symptoms,” Dr. Kingston says. “They’ll notice that one part of their body isn’t working, and their first call is to their primary care doctor or their spouse. That is never the answer. The answer is to call 911.”

Stroke has long been thought of as a condition that affects the elderly, but Dr. Kingston says that stroke can cross age and ethnic boundaries.

“Our population is less healthy these days,” Dr. Kingston says. “With problems such as diabetes, smoking, and high blood pressure, anyone at any age can have a stroke. My youngest stroke patient was an 18-year-old.”

The Charlotte region is considered the buckle of the stroke belt, with a higher incidence here than in other areas of the country. According to the National Stroke Association, African Americans have almost twice the risk of having a stroke compared to Caucasians, and approximately 55,000 more women than men have a stroke each year.

In treatment, time is everything

There are two kinds of stroke: ischemic (caused by blood clots) and hemorrhagic (caused by brain bleeding). The most common one is ischemic. Treatment varies according to which kind of stroke you have, but time is of the essence with both types. According to the American Stroke Association, patients treated within three hours of a stroke have improved chances of recovery.

When 911 is called, the emergency responders coordinate with the stroke team at Presbyterian Medical Center to ensure that patients get care as quickly as possible, even before you arrive at the hospital. “The emergency room staff, pharmacy, lab technicians, radiology and a neurologist will be waiting to confirm the diagnosis and administer the appropriate treatment as quickly as possible after the patient arrives,” Dr. Kingston says.

The national standard for treating ischemic strokes is to administer what is called a tissue plasminogen activator, or tPA, a clot-busting medication that can potentially reverse the symptoms of stroke, within 60 minutes of a patent’s arrival at the ER. According to Dr. Kingston, the drug is given within 45 minutes, 50 percent of the time, at Novant Health Presbyterian Medical Center.

“The faster the medication is administered, the better the outcomes for our patients,” Dr. Kingston says. “If you get here when your symptoms start, the likelihood of you surviving and not having any disability is high.”

She remembers when her team helped a woman who was 101 years old by administering the clot-busting medication in time to prevent significant damage. “She didn’t even need to go to rehab,” Dr. Kingston says. “She went home.”

Dr. Kingston says the best part of her job is when a patient is able to recognize they’re having a stroke and they get to the hospital in time to prevent significant damage to the brain. “It’s a huge coordinated effort that requires a lot of teamwork, but it’s worth every second,” she says. “We know it is important and vital for the community.”

To learn more about stroke prevention and your risk factors, visit novanthealth.org/stroke.