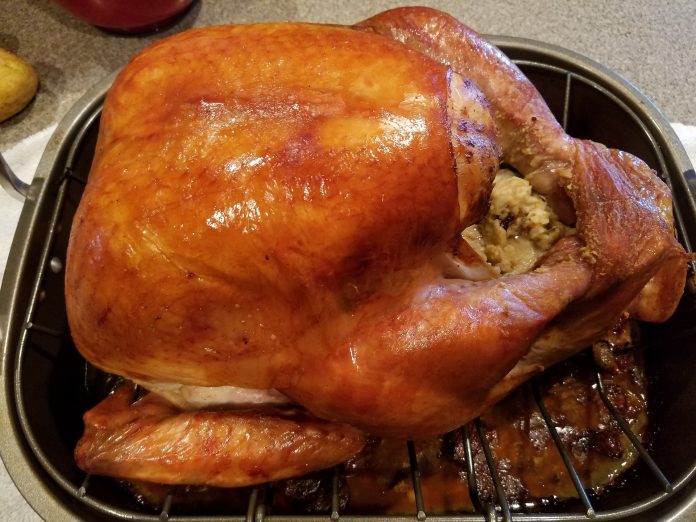 In a few days from today, many of us will sit down to a lavish meal with our families on Thanksgiving Day.  Close your eyes and imagine the dishes that will cover your table: turkey, stuffing, mashed potatoes and gravy, sweet potatoes, cranberry sauce and pumpkin pie.

But the first Thanksgiving dinner was likely a more meager affair that lacked many of the dishes we’ve come to associate with a traditional Thanksgiving meal.  Turkey was probably not the centerpiece of the meal as it is today; instead, the pilgrims of 1621 most likely dined on goose, duck, swan or passenger pigeon.  The birds would have been stuffed with onions, herbs and even nuts, but not the bread-based stuffing we commonly eat today.  The three-day meal shared by the colonists and Wampanoag likely also included a variety of seafood like eel, lobster, clam and mussels.

The modern Thanksgiving celebration came about in the 19th century at a time when many Americans felt nostalgic for colonial times.  Sarah Josepha Hale, editor of the popular 19th century women’s magazine Godey’s Lady’s Book, was instrumental in establishing Thanksgiving as a holiday.  Not only did Hale petition 13 US presidents to make Thanksgiving a national Holiday (the last was Abraham Lincoln, who approved of her pitch to unite the country in the middle of the Civil War in 1863); she also published almost a dozen cookbooks containing forerunners of what we think of as traditional Thanksgiving dishes.

The Thanksgiving meal today contains common elements no matter where you celebrate: the aforementioned turkey, mashed and sweet potatoes, cranberries and pie.  A traditional southern Thanksgiving meal might include glazed ham, either as an alternative or complement to the turkey.  Some southerners choose to incorporate elements you might see at a barbecue by serving cornbread stuffing, macaroni and cheese, and buttermilk biscuits.  Casserole-style side dishes like sweet potatoes topped with pecans and green bean casserole topped with bread crumbs or onion strings are also popular in the South.