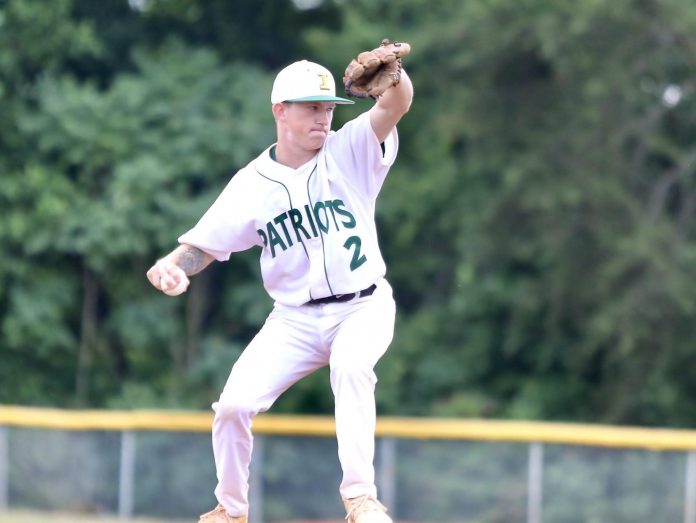 MINT HILL, NC – In-game one Tyler Spicer started on the mound for the Patriots. After striking out the first two batters, Rocky River’s Devin Davis hit a hard grounder to Indy’s Jake Stanley, who made the throw to Brayden Pimentalat’s first base to retire the side.

In the bottom half of the inning, Indy jumped out to a 2-0 lead. Luke Chantry led off with a single to center field. After stealing second, WilsonLohrer singled to score Chantry. Carson Gesing followed and drew a walk. Taylor Moser came to the plate and hit a long sacrifice fly to right field putting the Indy runners in scoring position. PJ Chiles hit a sacrifice fly to center field scoring Lohrer and Indy took a 2-0 lead after one full inning.

In the top of the second inning, Rocky River’s catcher Jonathan Causeygot the Ravens only hit of the game when he blasted a double to the rightfield wall. But the Ravens were not able to bring Causey home as Indy’spitcher Wilson Lohrer struck out the rest of the side.

In the fourth inning, coach Sam Skinner called for Taylor Moser to take the mound and sent Wilson Lohrer to the outfield. Moser walked one and struck out one batter. The other two outs came on infield ground balls to retire the side.

In the bottom half of the inning, the Patriots plated five runs on six hits, a walk, and a hit batsman. Indy’s Cole Coates led off with a double to leftfield. Jake Stanley followed and reached on a bunt. Coats scored on the throw to third base. Tyler Spicer came to the plate and connected on a base hit to center. Wilson Lohrer followed with a single to left field scoring Stanley and Spicer. Carson Gesing singled to drive in Lohrer. Gesingscored Indy’s last run to give the Patriots a 7-0 lead as both teams headed into the last inning.

Brayden Pimental got the call to close the game and struck out the side giving Indy the conference win 7-0.