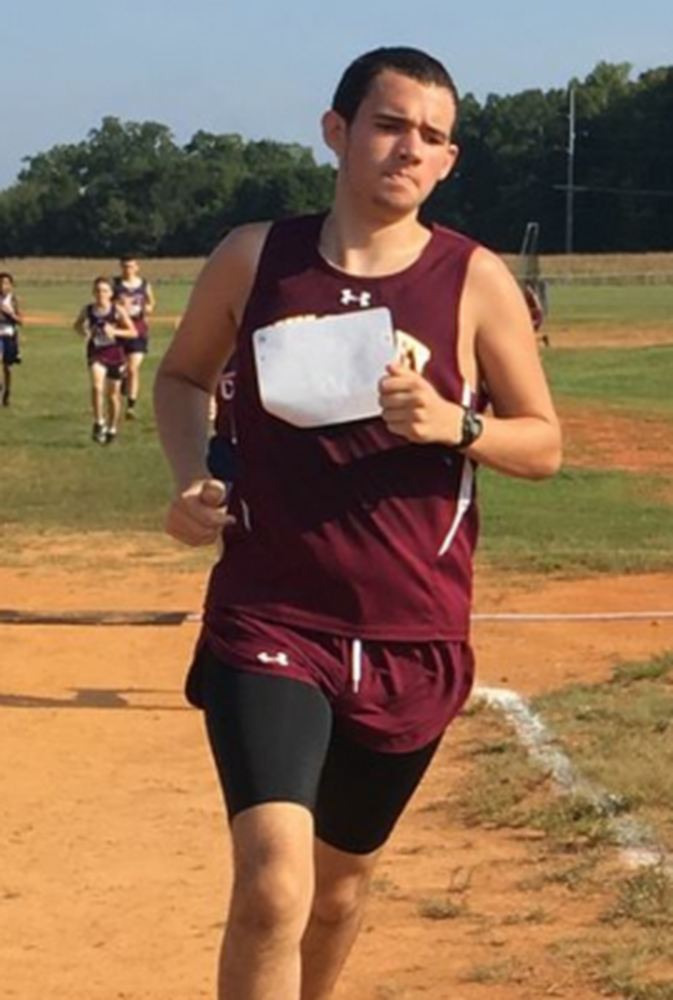 The Tony Simeon Courage Awards are designed to honor individuals who, despite adversity, have demonstrated exemplary character and performance. As a result of their strength and character, these individuals have been an inspiration to all those involved in the programs of the NCHSAA. These awards are named in honor of NCHSAA hall-of-famer, Tony Simeon, a long-time coach at High Point Central, and a pillar of the coaching community across the state.

Andrea Cornel fell in love with volleyball during her early years in high school. She became an integral part of the Broughton volleyball team, playing the critical position of setter, and was poised for an outstanding senior season. During a routine physical, Andrea’s doctor discovered some swelling in her neck, and ordered some tests. When the tests came back, they confirmed that Andrea had thyroid cancer and would need surgery, an additional unexpected surgery due to an infection,  and a difficult radioactive iodine treatment to fight the disease.

Andrea had stayed connected with the volleyball team as much as possible throughout her treatment, coming to practices and matches when she could. At the end of Cornel’s isolation period following the radiation treatment, she rejoined her Broughton teammates for Senior Night, surprising everyone by playing a full rotation. She continued with the team throughout the Caps playoff run, with an inspiring passion for life. Cornel maintained her high academic standards, securing the prestigious Morehead Scholarship at UNC-Chapel Hill and is currently in remission.

Brandy Dills was your typical high school soccer star in the making. She played travel soccer in addition to key roles with her Franklin High School team. Her aggressive and passionate style drew the attention of many onlookers at Panther matches. However, Brandy’s home life was anything but typical. Her father, Kevin, was diagnosed with a brain tumor and his health went downhill quickly. Eventually, he passed away from the tumor, ending his difficult battle during the spring of Brandy’s sophomore season.

Brandy poured herself into her studies and soccer, transitioning to the forward role and thriving. Soccer was her place of escape, her place to find a bit of normalcy. Athletic Director and Assistant Principal at Franklin, Blair King said, “Last spring, for her, it would have been enough for her just to show up. Even if she didn’t, there wouldn’t be a soul who could blame her. But, this girl didn’t’ only show up, she showed up and played above anyone’s expectations.” Brandy played her heart out and was named All-Conference and All-Region. On Senior Night of Brandy’s sophomore season, the school unveiled a dedication to her father on the school scoreboard, which now bears his name. King added, “If you are in education, you do it to teach young minds and have an impact on students, but sometimes a student comes along who teaches and impacts you.”

Early on in Samuel O’Grady’s life, it was clear he would have challenges. After noticing developmental delays, his parents consulted a doctor and were told at two years old that their son had classic autism. Doctors prepared Sam’s family for the worst, telling them it was very likely that their son would not be able to make friends, walk or talk normally, or go to a regular school. The family was told if Sam was happy, he probably was too comfortable. So they set out to work as hard as they could at therapy and early intervention techniques to push Sam’s limits and combat the effects of autism.

In fifth grade, the family discovered the effect that exercise, particularly running had on his body. With the connection made to the effects that exercise had on Sam’s brain, he was able to come off of all his medications and began regularly running with his father Sean. In seventh grade, Sam joined the cross country team in middle school. The family recalls that Sam finished last in every race, but during his first race, his teammates met him for the final fifty yards of the race, and Sam was hooked. By the time Sam was a senior at Sun Valley, he was running 6-7 minute miles and made his goal of finishing a cross country race in under 21 minutes. Cross country opened up new friendships and Sam’s personality flourished, helping him become the captain of the cross country team, member of the homecoming court and playing a role as Professor Plum in the school’s rendition of Clue, all activities well outside his comfort zone. His teammates loved him, and his energy, and he loved them, bringing donuts to the team on the day of Regionals and State meets, even though he wasn’t participating in the events.

Casen Whitehead bounced around several sports in his early years, trying to find one that he truly enjoyed and fit his skinny build. In seventh grade, he started running cross country with a youth program through the Town of Holly Springs and he was immediately in love with the sport. The long-haired freshman quickly became the star of the freshman group, but in the winter track season, his times began to diminish and he was having trouble breathing during his runs. After his coach contacted his parents, he went to the doctor, initially diagnosed with exercise-induced asthma. But during a routine eye exam, his doctor noticed eye bleeds, an indication of leukemia. After a few tests at his parents’ doctor’s office, he was rushed to UNC-Chapel Hill to begin treatment for the disease.  Casen was advised to drop out of school for the year due to the intense treatment he would undergo. However, he and his family went against the doctor’s recommendations, and he maintained a 4.0 GPA while on the medical homebound program and undergoing intense treatment and chemotherapy.

During his hospital stays and homebound time, he and his family would try to stay active with long walks and continue moving. Even on days when his body did not feel like it, with a little encouragement from mom and dad, Casen would get up and move. After his sophomore year was complete, Casen was well enough to try and make a return to the sport he loved. At the team’s tryouts, held over three days with time by class to eclipse to make the team, Casen initially missed the cut time by almost two and a half minutes. Then on the second trial day, he narrowly missed the time. On his third and final attempt, Casen rounded the final bend with enough time to hit the line, at which point he collapsed and was mobbed by his teammates like he had won the State Meet. He participated on the team for the full year, bringing a positive attitude and an infectious joy for running to his teammates and coaches.