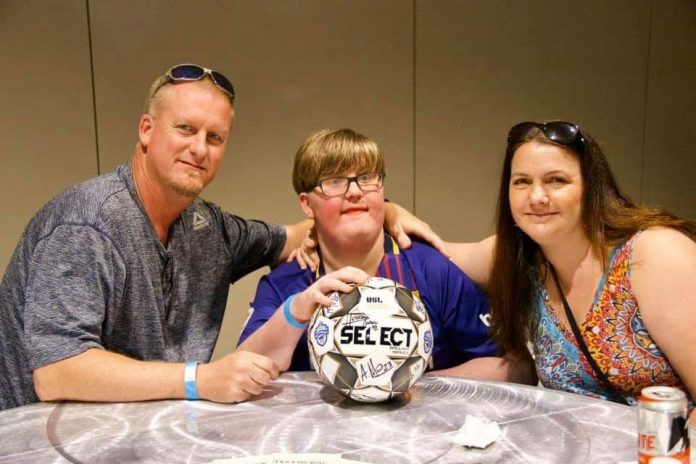 But everything changed for Ian when he began experiencing unexplained medical symptoms.  In March, Ian began having balance issues, vision troubles and several other abnormal and worrisome symptoms.

On March 22, an MRI showed a mass on Ian’s brain.  He was admitted to the ICU, where he was diagnosed with Acute Disseminated Encephalomyelitis, or ADEM, a rare autoimmune disorder in which the body’s immune system mistakenly attacks its own brain tissue.  Ian began treatment for ADEM and underwent several rounds of high dose-IV steroids to combat the inflammatory response and was discharged from the hospital at the end of march with oral steroids and a tapered dosage plan.

Ian’s parents believed Ian’s condition was improving until his symptoms returned at the end of April.  On April 24, he was admitted to the hospital once again and treated with IV immunoglobulin therapy and IV steroids.  This disturbing pattern continued with Ian’s symptoms returning each time his steroid dosages were tapered down. 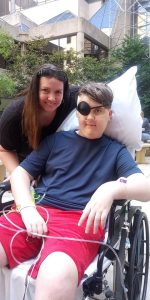 The news came as a shock to Ian’s family after months of waiting for an answer coupled with the hope accompanying his ADEM treatment.  Ian is preparing to start radiation treatment, but his prognosis is bleak: parents Lisa and Jason hope that radiation can buy Ian six months.

Ashley Tucker is one of a group of a dozen close friends who have banded together to support the Kniestedt family in this difficult time.  On Saturday, November 9, they will hold a fundraiser at Mount Harmony Baptist Church. They originally though of a barbecue, but they underestimated the swell of support they would get from the community.  “Everyone’s just been jumping in wanting to do something to help!” says Tucker. “It went from just a barbecue to more.”

There will still be barbecue plates – donated by an anonymous source – available for $10.00 from 9:00 a.m. to 4:00 p.m.  There will also be a raffle for prizes like autographed sports memorabilia, a golf outing for four at Olde Sycamore, and gift certificates for local retailers like Dunwellz and Lee Nails and Spa.  One of the most coveted raffle prizes is a free season of baseball with Mint Hill Athletic Association where Ian played before he became ill.

Raffle tickets are $5 each or 5 for $20 and are available for purchase now at Queen’s Grant Community School and Sunny Days After School.  They’ll also be available at the event. The raffle will take place at 3:30 on November 9, but you do not need to be present to win. The event will also feature a bake sale put together by some of the moms of kids from Ian’s class at Queen’s Grant.

100% of the proceeds from the fundraiser will go directly to the Kniestedt family.  Ian is currently undergoing treatment at St. Jude’s Children’s Hospital, where thanks to generous donors, families are not billed for pediatric cancer treatment.  However, Ian’s long road to a proper diagnosis has been paved with expensive medical tests, specialist visits and hospital stays. On top of these bills, Ian’s parents, of course, face regular monthly expenses while they are away from work caring for their son, which is a two-person job.

“This money will help them just be able to take care of Ian and not worry about paying for all their expenses and medical bills,” says Tucker.  “Hopefully we can take some stress off them so they can focus on Ian. We want to allow them to enjoy their time with him without worrying about money.”

Volunteers are still accepting donations for the raffle and bake sale.  If you’re interested in donating an item or service to the raffle, contact Ashley Tucker at atucker0521@gmail.com.  Bake sale donations can be dropped off at Mount Harmony Baptist the evening of Friday, November 8, between 6:00 and 9:00 p.m.  If you want to support the Kniesdedt family but can’t attend the barbecue, you can donate to #TeamIan via Go Fund Me: https://www.gofundme.com/f/j39gpq-team-ian.