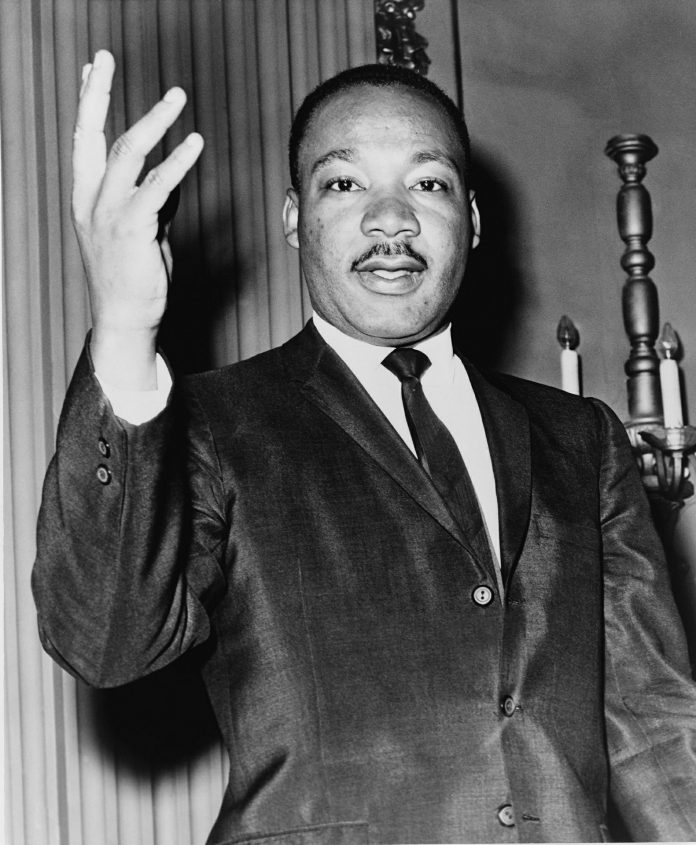 A Man, A Dream, A Legend

At an early age, Martin Luther King, Jr. was puzzled by prejudice. He was just six years old when he learned that some friends were no longer allowed to play with him because he was black. To his young and innocent mind, that made no sense. After all, friends were friends and playing ball was playing ball.  What difference could the hue of your skin make? However, this was the south and the year was 1935, and to some, that hue made all the difference. Looking back, Martin referred to this incident as the beginning of the Civil Rights Movement. 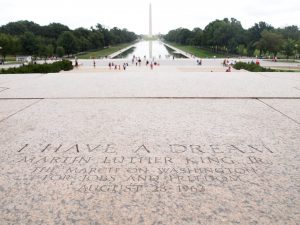 Martin Luther King, Jr. was born on January 15, 1929, to a Baptist minister father and a mother who was a schoolteacher. He was an exceptional student who excelled in both violin and public speaking. As a teenager, he had just won a debate tournament, and he and his debate teacher were headed home on the bus. When two white passengers boarded the same bus, Martin and his teacher were forced to give up their seats as the law dictated, and they stood at the back of the bus for the rest of the 90 minute trip. Martin recalled, “That night will never leave my memory as long as I live. Never before, or afterward, can I remember myself being so angry.” The flame of injustice began burning even brighter in his mind.

At the age of only 15, Martin entered Morehouse College, where he earned his bachelors degree, went on to his masters degree in theology, and his Ph.D, also in theology. It was during this time he met and married his wife, Coretta.

In 1954, he began his first position as pastor at the Dexter Avenue Baptist Church in Montgomery, Alabama. A year later, the nation buzzed about Rosa Parks, a black seamstress, who refused to give up her seat on a bus and was arrested. As a result of her courage, the Montgomery Improvement Association was formed, with King as its president. He ordered a boycott of busses and witnessed the impact on the Alabama Supreme Court, as they declared the local laws for segregation on busses unconstitutional. 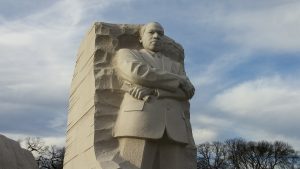 In 1959, King moved his wife and four children to Atlanta, Georgia, where he had been elected leader of the new Southern Christian Leadership Conference (SCLC). He organized “freedom rides” on busses throughout the south that would that would carry both white and black riders sitting side by side. These freedom rides were often approached with violence, including angry mobs beating the passengers and setting fire to the busses. In 1963, Martin organized a freedom march in Birmingham, Alabama, despite an injunction against it. It was once again met with violence, but this time by the police. Conscientious customers began boycotting stores that had prejudicial policies.

Three months later, another march was held and once again met with police violence, only this time, national TV networks were filming. The nation was outraged as it saw unarmed people being blasted to the ground and up against buildings with high powered fire hoses, while others were being viciously mauled by police dogs. The next day, the marchers returned and were joined by many others as the momentum gained strength. Once again, the marchers were met with violence, and over 1,200 people were arrested. 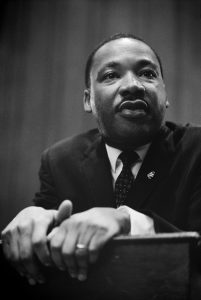 On the third day, something changed, mainly due to the eyes of the nation watching. The police were no longer attacking, and even moved to let the marchers through. Downtown merchants, feeling the effects of the strikes and the boycotts, agreed with black leaders to integrate lunch counters, fitting rooms, restrooms, and drinking fountains.

Martin was then asked by the NAACP to speak at a rally in Washington, DC., on August 28, 1963. More than 200,000 people listened as King delivered what was to become his most famous speech, which included these words: “I have a dream that one day this nation will rise up and live out the true meaning of its creed, ‘We hold these truths to be self evident that all men are created equal.’ I have that dream.” He began an intensive journey through the nation, sharing this dream of racial equality. In 1964 he was awarded the Nobel Peace Prize, and at just age 35, was the youngest person to be given this honor.

On April 4, 1968, he was in Memphis, Tennessee, when he stepped out into the balcony of his hotel room. A shot rang out, hit Martin Luther King, Jr. in the neck, and he was killed instantly by the sniper’s bullet. 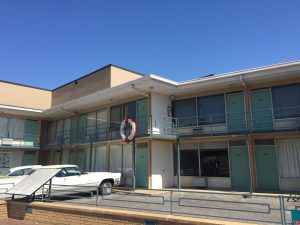 In 1969, Congressman John Connors, Jr., sought legislation to have Martin’s birthday, January 15, declared a national holiday, but it took 17 years until it was enforced in every state.

Martin Luther King, Jr. had a dream of peaceful relations among all races, and although his life was ended all too soon,  the momentum he began has resulted in immeasurable change for our nation.