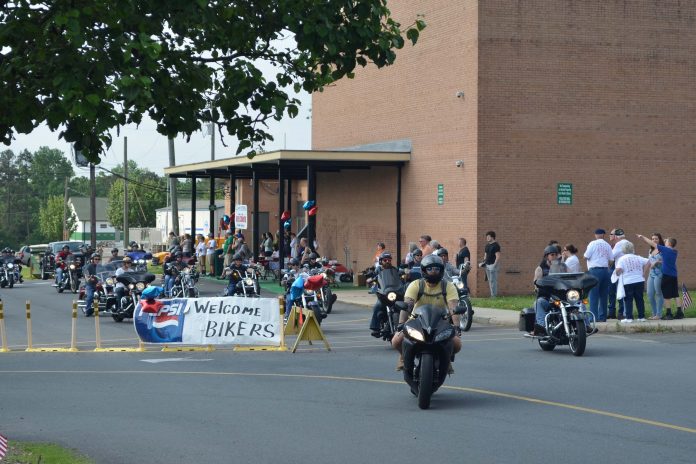 Hundreds of motorcycles lined the parking lot at West Stanly High School this past Saturday for the 19th annual Kerri D. Efird Memorial Bike Run. The Bike Run is a fundraiser for the KDE Memorial Scholarship Fund which provides scholarships to WSHS graduating seniors. 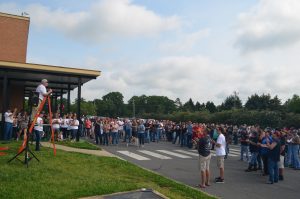 The KDE Memorial Scholarship was established in memory of Kerri, daughter of Scott and Tracy Efird, who passed away in 1999, at the age of 18, from complications of cystic fibrosis. To date, the scholarship fund has given $77,000 in scholarships to graduating WSHS seniors. This year’s event will provide another $4,000 in scholarships, bringing the total to $81,000. The bike run is the only fundraiser for the scholarship.

This year’s ride t-shirt, designed by Tracy, features Winnie-the-Pooh, in memory of Kerri’s nickname “Kerri Pooh,” and nineteen frogs, one for each year, which stand for “Fully Rely On God.” In honor of the Veterans Memorial that was recently completed in Locust, this year’s shirt also took on a military theme, representing all five branches of the military.

Many of the bikers who gathered Saturday participate in the event annually, rain or shine, while, for others, this year was a first. Several of those in the crowd were past recipients of the KDE Scholarship. 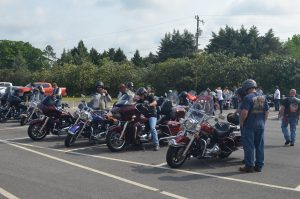 “We just want to thank all of the people that have shown up—friends, family, people we don’t know—that have come out to support this. We couldn’t do it without the help of the community backing us up,” said Tracy Efird.

“It’s a major undertaking. We start preparing for it six months in advance and it comes down to this day, to people showing up and being here to support us. It gives me goosebumps. We’re just so thankful,” she added. 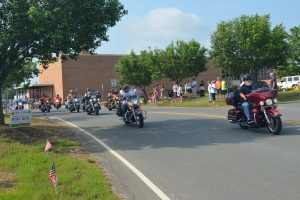 Scott Efird addressed the crowd before the ride began, thanking all of those who came out to show support. “Out of the bottom of our hearts, thank you,” he said.

During Saturday’s event, bikers rode from WSHS to Cox’s Harley-Davidson in Asheboro, then returned to WSHS for a barbecue lunch and raffle drawings. Around $7,000 in prizes were raffled this year.