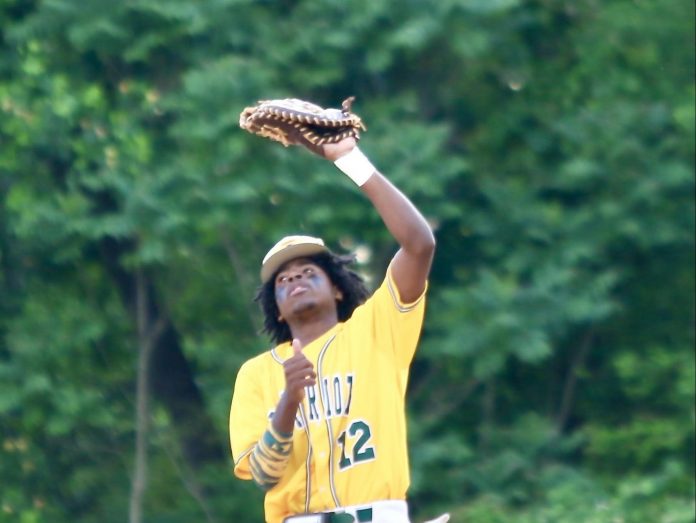 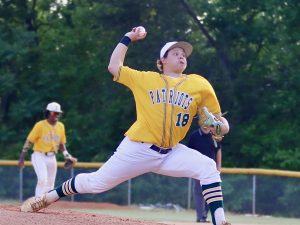 After the game, Gesing said: “it was really exciting.  Gesing also said that I have to thank the offense for scoring six runs in the fourth.  And the defense helped me out when I got into trouble.  It was a great team win.”

Head coach Sam Skinner said: “I’m so proud of this young man.  Carson and this whole team have started to embrace our grind mentality this year, and Carson personified that tonight.  He threw a lot of strikes and executed our game plan.  Tonight is a testament to the hard work Carson has put in over four years and it has shown.  He was gritty on the mound. When he got into trouble he pitched of it.  Our offense was able to put six runs on the board to give him a little cushion and our defense just competed.  When Carson got down in counts, he competed and worked out of it.  The smile on his face says it all.  One of the few times we have seen him smile.  So proud of this young man.”

The game was a pitching duel for the first three and a half innings as neither team was able to post a hit.  With the exception of Indy giving up a walk in the top of the second inning, both teams went three up and three down until the bottom of the fourth inning.

That was it for the scoring.  Indy’s Wilson Lohrer was the only Indy hitter to get two hits for the night.  He posted his second hit with a single to right field in the bottom on the fifth, and that was the end of hits for the rest of the night.