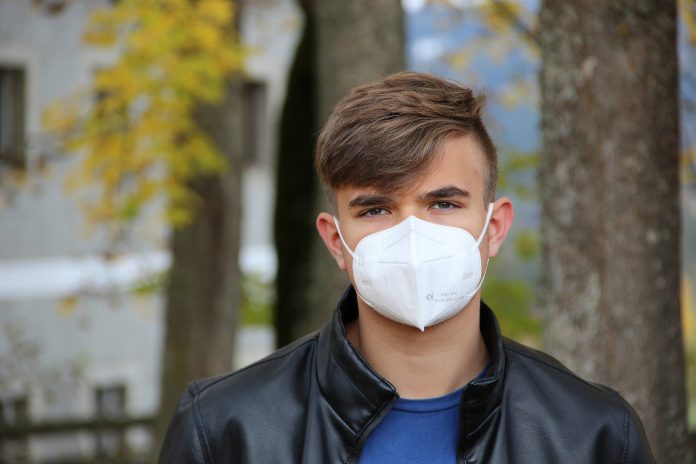 CHARLOTTE – In September of 2020, NPR reported that nearly 25% of the US’s population was experiencing symptoms of depression – nearly triple the amount before COVID-19.  It’s clear the pandemic has taken a toll on everyone’s well-being, but teens and young adults appear to be struggling disproportionately with mental health challenges as the pandemic drags into its tenth month.

Social isolation is particularly difficult for teens, for whom socialization is key to their development and identity.  “Teens are in this really interesting part of their life where they’re wanting to become more independent outside their family unit,” says Anna Usher, Licensed Clinical Social Worker Associate at Matone Counseling and Testing (formerly Thriveworks Counseling and Coaching).  “Socialization at this stage is really key; more so even than children, adolescents and teens need to be around their peers and talk to their friends.  They’re starting to learn things that they can and can’t do in social settings.  They’re at a stage where socialization and social acceptance is the most important thing to them.”

It’s easy to dismiss complaints from young people about isolation; after all, it’s something we all have to deal with now.  In many ways, however, teens and young adults weather these challenges differently.  Adults can leave the house for a myriad of acceptable reasons – grocery shopping, picking up take out, running errands – and younger siblings may have returned to daycare or school part-time.  Meanwhile, adolescents are forced to sit home most of the day and often tasked with additional responsibilities in the home.

And they notice.  “Teens are very, very observant,” says Usher. “They see that their peers in private schools are getting to go back into school.  They see that adults are allowed to go out and do things – go out to dinner, go to the grocery store.  Adults are allowed to make their own decisions, but teens are still on lockdown, and it seems very unfair.”

It’s easy for adults to dismiss teens’ anxiety over not being able to see friends or practice with their team, but we forget what it was like to be a teenager: how very important it was to see your friends, to play on the soccer team, to be in the school play.  For teens, these are more than ways to pass the time; they’re the very things they’ve used to construct their sense of self.

“Sports, athletics, and hobbies are such a big part of their self-identity and self-worth,” says Usher.  “Say you have a teen who is an all-star soccer player.  Now that that’s been paused, they’re starting to question: who am I without this sport?  What is high school without sports?  Moreover, teens, especially those in high school, are missing out on things they’ve been looking forward to for their whole childhood like prom and graduation.”

Most everything teens and young adults participated in before the pandemic has now moved online, including socializing.  “Their socialization has changed from going to school and seeing friends every day to relying on technology to be social,” says Usher.  Teens need screens right now – for school, for socialization – yet their parents are wary of too much screen time and potential dangers lurking on the world wide web.  Teens are often chided for using screens for social purposes, and taking away technology has historically been an effective consequence for misbehavior.

Michelle Holleman of Life Healing Counseling encourages parents to understand that their kids online friendships are real and important.  “I have a lot of parents calling me saying my kid only talks to his friends online, and my answer to that is ‘We’re in a pandemic, what else do you want them to do?’” says Holleman.  “Or they only have online friends.  Well, that doesn’t negate the value of these relationships.  Our children have grown up in a very different world than we grew up in.  They have global relationships – just like we had pen pals growing up – and this is not unusual. It’s not a bad thing.”

“Not everybody on the internet is dangerous or a predator,” continues Holleman, who has dedicated herself to educating parents about how to keep their kids safe online.  “Not every relationship our children have online is bad or dangerous.”  Holleman encourages parents to use technology to their advantage to meet the parents of their kids’ online friends via Facetime and check in with them periodically via text.  “Have a conversation with the parents of the kids your own kids are talking about,” she encourages.  “You can still do that; it just might look different.”

Instead of taking away screens, Holleman recommends monitoring kids’ screen time and having those real, honest discussions of issues surrounding screen time that parents tend to shy away from.  “Parents usually have no idea what their children are doing online,” says Holleman.  “They assume that because their kid gets good grades and hangs out with a good group of kids everything is fine.”  But, says Holleman, this isn’t a place where kids’ deserve privacy.  “Look at their devices,” she says.  “Talk to them about what they’re doing online.  Have conversations about what they’re watching on YouTube, what games they’re playing, who they’re talking to.  Ask them about their online friends: where they live, how old they are, what they’ve shared with them.”

What we shouldn’t do, says Holleman, is simply shut down screen time.  “Before the pandemic, we would reduce the time spent on screens,” says Holleman.  “We can still do that, but right now it’s their lifeline.  Kids are not in school, they’re not connecting with human beings. They’re connecting online, and they’re doing school online, so taking away their electronics is not the solution right now.  It’s their lifeline to the world.”

So what can well-meaning parents do to help their teenagers through this difficult time?

“Give as much empathy as possible,” encourages Usher, but remember: empathy doesn’t always mean telling your teenage son or daughter that you get it.  “In reality, a lot of teens and children just want to be heard and listened to, not given an answer, because there’s no right answer right now,” Usher continues.  “When we give our own perspective, they might perceive that as shaming, as us saying, ‘I have this so much worse, and you have it so easy.’”

When it comes to differentiating between normal quarantine grumpiness and something more serious, Usher and Holleman agree: you know your kids.  Trust your instincts.

“I truly believe there is something called a parent’s intuition,” says Usher.  “  You know your child, what motivates them, what gets them going, how they interact socially, what their eating and sleeping patterns are.  Be understanding that life as we know it has changed, but watch out for comments about worthlessness or hopelessness or withdrawing from friends and family.”

“I think parents really need to listen to their guts.  They know their kids,” says Holleman.  “If hygiene starts becoming an issue – they’re not showering, not changing their clothes, or sleeping more; if there’s any kind of substance use – vaping, smoking, any kind of cannabis, alcohol; if they are suddenly more MIA, if they start talking to a different group of friends, or if their grades drop significantly – don’t just pass it off as run of the mill teenage blues.”

Above all, remind your kids – and yourself – that it’s OK to not be OK right now, and there’s no shame in seeking help.  “Going to talk to a therapist is totally an OK thing to do,” says Usher.  “That’s what we’re here for.  If parents need a second opinion on whether something is normal behavior, a lot of counselors will give a brief talk, or we can schedule an initial intake just to see where we are to see if services might be beneficial.”

If you or your teen needs help, don’t be afraid to reach out.  You can find Matone Counseling and Testing on the web at matonecounseling.com and Life Healing Counseling at lifehealingcounseling.com.