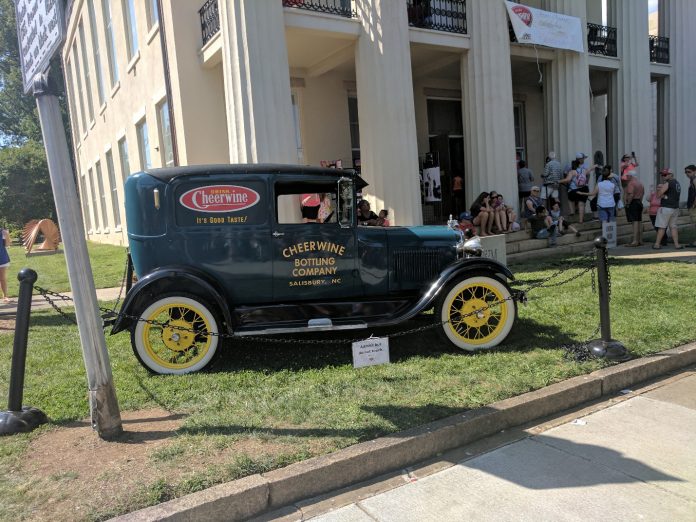 Cheer was in the air on a sunny May 20th afternoon as over ten thousand people visited Salisbury, NC to celebrate Cheerwine’s 100th anniversary. The cherry flavored soda has garnered a dedicated fanbase over the past century, and pride for the North Carolina product was clearly on display at its centennial celebration. 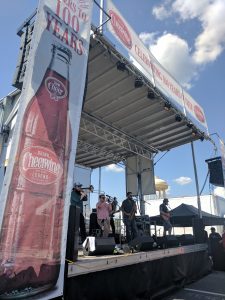 Cheerwine got its start in 1917 when L. D. Peeler founded the Salisbury-based Carolina Beverage Corporation. With the growing popularity of soft drinks at the turn of the century, Peeler wanted to develop a soda which was unique from already established cola beverages. At that time, however, sugar shortages caused by World War I greatly complicated the flavor development process. Fortunately, as the story goes, a traveling salesman from St. Louis offered Peeler a low-sugar cherry flavored sweetener which was eventually modified to become the Cheerwine formula.

Last Saturday, this formula was available in its fully carbonated form as cans of Cheerwine were available for guests throughout the afternoon. With soda in hand, attendees listened to live music and judged the People’s Choice barbeque competition, enjoying samples from four North Carolina vendors. Food was also available from local restaurants including Biscuitville, Food Lion, and Krispy Kreme, among others. Kids in attendance were fully occupied by a 30-foot climbing wall, bounce houses, and lawn games which were all open for the duration of the event. On occasion, Jugglers, magicians, and other performers could also be found providing entertainment throughout the crowd. A special Cheerwine exhibit at the Rowan Museum was open to the public presenting highlights of the drink’s centenary history, and commemorative merchandise was available for purchase during the event. 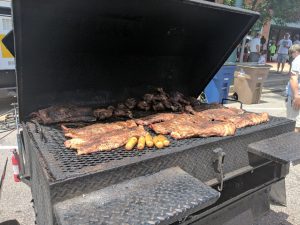 For one hundred years, Cheerwine has taken great pride in its heritage and its fans. With participation from five generations, the Carolina Beverage Corporation has been family owned and operated longer than any other soft drink, and the company has remained in Salisbury since its founding. While expansion of the soda’s national brand is ongoing, the overwhelming turnout last Saturday demonstrates that North Carolinians are proud to call Cheerwine their own.