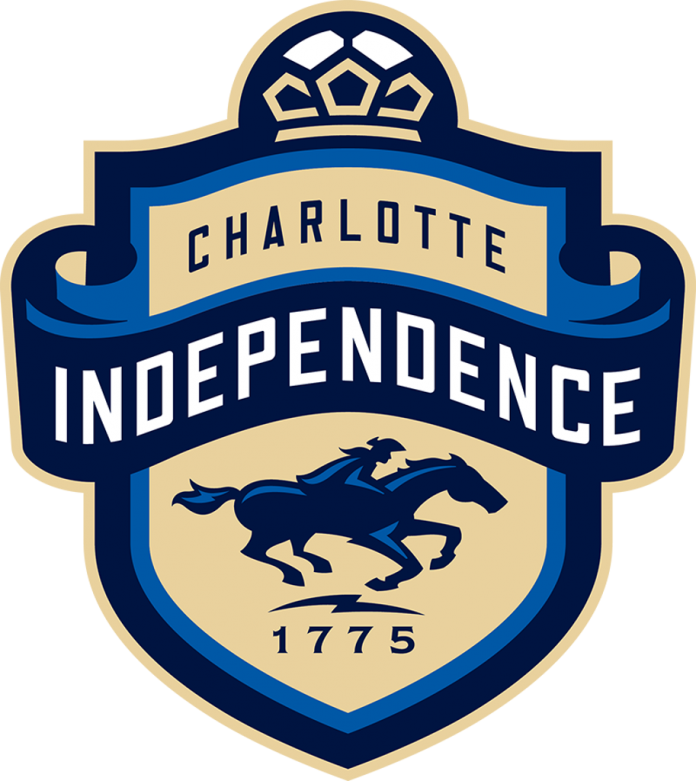 The Charlotte Independence experienced a disappointing setback with a 3-2 loss at home to the USL Eastern Division cellar dwellers Toronto FC II on Saturday night.

After being ahead 2-0 in the first half the defense gave up 3 unanswered goals in the second half when Toronto rallied for the road win.

The scoring started when Independence forward and leading scorer Enzo Martinez slammed his 13th goal of the season 21 minutes into the game.  The assist went to Jamie Siaj who has been playing well for the Jacks.  The second goal came at 32 minutes into the contest when rookie forward Jamie Siaj scored and the assist was provided by Bilal Duckett giving the home team a comfortable 2-0 lead.

In the second half 49 minutes into the match Alex Martinez received a red card which seemed to change the momentum of the game.  At 69 minutes Ashtone Morgan scored for Toronto making it a 2-1 game with 21 minutes remaining in regulation.  Then just two minutes later at 71 minutes Ben Spencer scored to tie the game at 2-2.  Eventually, at 76 minutes Jordan Hamilton scored for Toronto giving them a 3-2 lead with the assist going to Jordan McCrary to end the scoring for the night.  The team seemed to lose their rhythm during this 7 to 8 minute stretch of the game which proved to be costly.

The Independence had plenty of opportunities to get the third goal and squandered each one and did not capitalize when they needed to counter.

With the loss the Jacks first at the Sportsplex ending a streak of seven games at home without losing a game they need to focus on the seven remaining regular season games with four at home.  Therefore, it is time to start a new unbeaten streak and keep the team in contention for first place.

Meanwhile, late in the contest Coach Jeffries substituted rookie midfielder Jacob Bender who was making his professional debut.  Bender replaced Henry Kalungi in an effort to force more offensive pressure to obtain the much needed third goal upfront.  The strategy actually seemed to work when Bender apparently scored a goal, however, it was disallowed on an offside which negated the Jacks attempt for the draw and 1 point.

The next home game will be on Saturday September 2nd at 7:00 PM when the Charlotte Independence take on the Richmond Kickers at the Matthews Sportsplex.