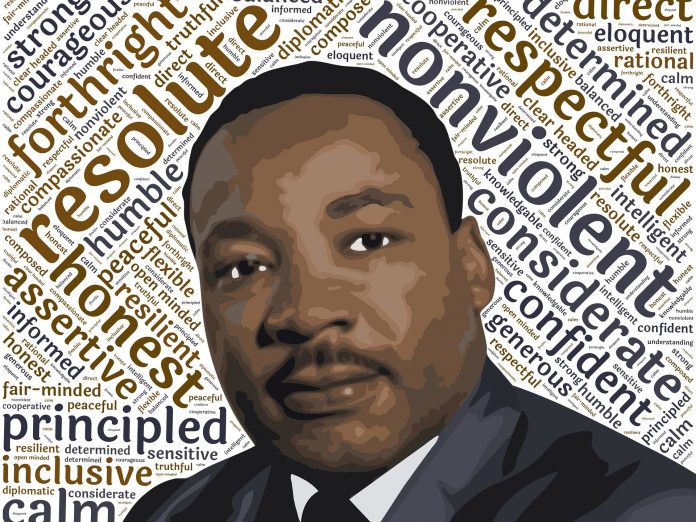 A Baptist minister who worked to bring an end to racial segregation in America through nonviolent means, King emerged as a civil rights leader during the 1955 Montgomery Bus Boycott that followed Rosa Parks’ arrest.  As one of the most influential African American civil rights activists of the 60s, King helped pass landmark legislation like the Civil Rights Act of 1964, which prohibited discrimiation based on race, color, religion, sex, or national origin, and the Voting Rights Act of 1965, which outlawed discriminatory voting practices used to bar African Americans from exercising their right to vote in many southern states.  In 1964, King received the Nobel Peace Price “for his non-violent struggle for civil rights for the Afro-American population.”

King was struck by a sniper’s bullet in Memphis, TN, on April 4, 1968, at the age of just 39. In the wake of King’s death, his supporters began almost immediately to call for a national holiday in his honor.  Legislation for a federal holiday was introduced as early as 1968, but due to racial and political opposition, it was not passed until 1983.

Martin Luther King Jr. Day was first observed in 1986.  A relatively new federal holiday, the day honoring Dr. King has few longstanding traditions associated with it, but it is often marked with marches, parades, and speeches by civil rights and political leaders.

For many, the holiday marks a time to learn more about our country’s history and reflect on King’s messages, many of which are still applicable and meaningful today.  Many schools make a point of teaching students about King’s work and the continuing struggle for equality in America during the month of January.

To learn more about King’s life, work and message, consider a visit to the Harvey B. Gantt Center, located at 551 South Tryon Street.  From 9:00 am to 5:00 pm on January 17, the Gantt Center will offer a full day of programming  featuring engaging art workshops, lively lectures and panels, in-depth film discussions, unique performances and more.  These programs will not only celebrate the life and impact of Dr. King but also focus on on our collective dreams as a community and how we can work together to make those dreams come true.  Registration is not required, but space is limited.  Guests are welcomed on a first-come, first-served basis; masks are required for all.  For more information, visit https://www.ganttcenter.org/calendar/mlk-day-2022/.

King is widely known for his “I Have a Dream” speech, and the national holiday in his honor is a day when all Americans are called to take steps in their own communities to bring us closer to King’s dream.  The only federal holiday designated as a national day of service, Martin Luther King Jr. Day is a day when Americans honor King’s memory by engaging in acts of service.  Whether you clean a public space, mentor a young person, or assist the food insecure, small actions that improve your community make a big difference and are a great way to honor the memory of Dr. King. 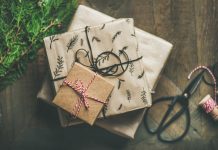 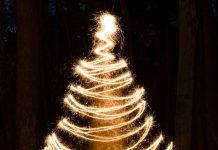 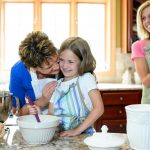 Healthy Headlines from Novant Health Jessica Mentzer - January 4, 2022
CHARLOTTE - Obesity numbers are rising each day in our young adults. Research shows that more than half of young adults are now overweight....