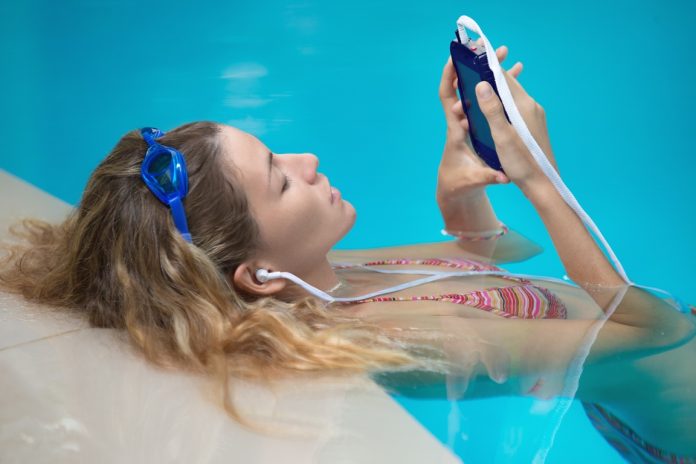 Steps you can take to prevent a classic summertime infection

Summer is the perfect time to jump into some cool, refreshing water.

It’s also the season when swimmer’s ear is prevalent, whether your water choice is a swimming pool, lake or ocean. Swimmer’s ear, also known as otitis externa, is an infection of the outer ear canal caused by bacteria or fungi.

“The best prevention is to dry your ears as much as possible after you’ve been in the water,” said Dr. Julia Richards, a pediatrician at Novant Health Lakeside Pediatrics in Denver, North Carolina.

Swimmer’s ear develops when water stays in the ear canal for long periods of time, creating the perfect environment for germs to grow and infect the skin.

Swimmer’s ear can last up to 3 weeks and can affect the entire ear canal. The major symptoms are:

Where you swim has an effect

Untreated water such as lakes, rivers and oceans carry a higher risk for bacteria getting into your ear canal.

A swimming pool’s water is treated to limit harmful bacteria, but can still contain germs that lead to swimmer’s ear.

Reducing your risk of swimmer’s ear

Richards suggests a mixture of equal parts of white vinegar and rubbing alcohol. Place a few drops into your ear after you’ve dried it as much as possible.

“That will help kill germs,” she said. “It also helps to not wear headphones for an extended length of time. And never stick things in your ear.”

That includes cotton-tip swabs, pencils, paperclips or your fingers. Anything inserted into your ear can damage ear wax, which helps protect the ear canal. Don’t try to remove ear wax. If you think your ear canal is blocked by wax, consult your healthcare provider.

You can also use bathing caps, ear plugs and custom-fitted swim molds to limit water entering your ears.

Richards said headphones tend to “lock in the moisture” in your ears, and suggests you don’t use them more than an hour or two per day during swim season.

Other things to remember