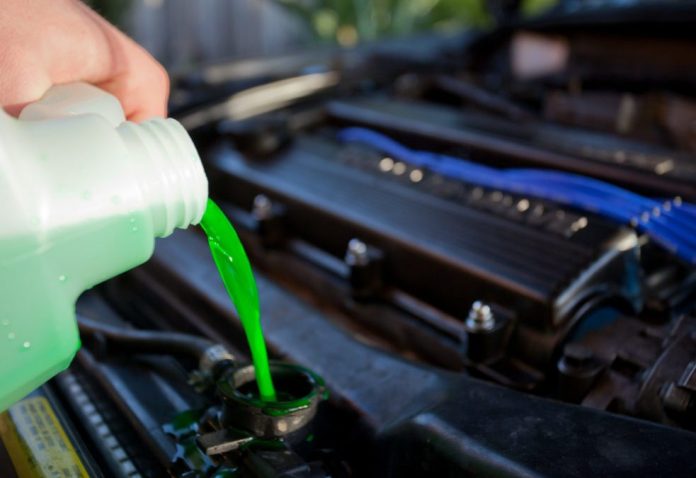 MINT HILL, NC – If you’ve ever walked down the coolant aisle at your local parts store, you’d likely think you were looking at a liquid rainbow. There are a million different colors, different longevity expectations, and coolant for different… continents? (we’ll get to that in a minute.) Coolant on the surface looks complicated, but it doesn’t have to be! Let’s look at why coolant is marketed like it is.

Generally speaking, the color of a coolant is determined by the kind of additives it has in it. For example, you’ll often see red coolant marketed for Asian manufacturers. Why is that? Red uses organic acid technology corrosion inhibitors, or OAT, and is free of chemicals like nitrate and borate, among others, which manufacturers like Toyota like in their cooling systems.

Now, I wouldn’t expect anyone to what any of that means unless they’re an automotive chemist, so here’s the layman’s explanation: certain manufacturers like to design their cooling systems to work well with some chemicals and not with others. Think of it like a Pepsi v. Coke kind of thing; each are functionally the same thing, a sugary soft drink, but tastes different because of their specific chemical makeup.

Like many things in auto repair, the general rule of thumb is that what your car rolled off the assembly line with is what you should use. So if your owner’s manual says you need to be using Red, Blue, Green, or otherwise, do so during your next coolant flush.