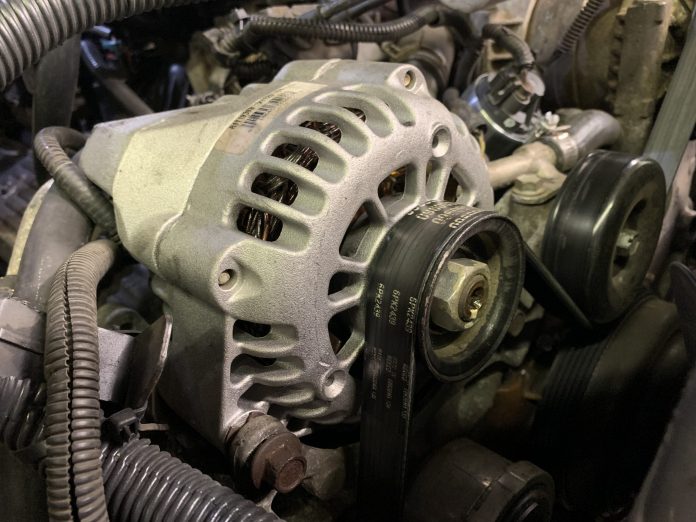 MINT HILL, NC – Have you ever had your car die on you, and while you thought it was the battery you were actually recommended an alternator? Let’s talk about them so we can understand them a bit.

Alternators turn mechanical energy into electrical energy, which among other things, charges your battery. No alternator, eventual dead battery. The process is simple, when your engine is running, it spins a belt, which spins a pulley. The pully spins the alternator’s rotor shaft, spinning magnets around a big copper coil inside the alternator. This process creates alternating current. Your car, however, uses direct current, so the alternator converts AC to DC by running the power it creates through a set of diodes (to quickly explain diodes, think of them as a traffic light, controlling what current can go and what can’t.)

The alternator hasn’t changed much over the years, it is a mechanical device with a computer or outside influence controlling it. While a fairly simple system, over time components wear and the alternator fails. While it isn’t the most expensive part out there, it isn’t exactly cheap either due to the copper found inside it. Fortunately, since an alternator is purely mechanical, it can be rebuilt. Generally speaking, repair shops do not rebuild them themselves but have the option to purchase new or remanufactured direct from part suppliers. Should shops chose a reman, they have to return the old alternator as a core so the parts company can rebuild that alternator for the next customer.