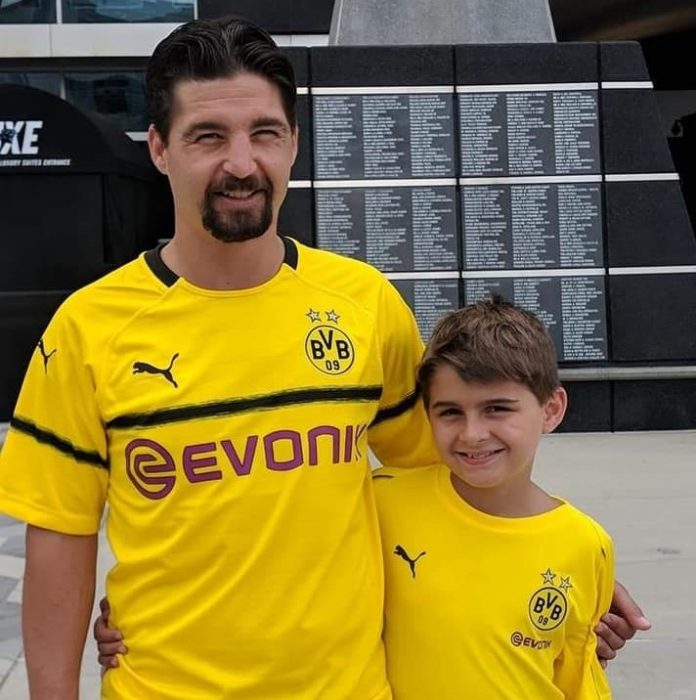 What gets an athlete back on the field safely?

Dustin Zimmerman was in the midst of a six-month rehabilitation from knee surgery. Then his son Luke broke his wrist, and Dustin knew exactly who’d treat it.

“I knew right away I was hurt,” he said.

Dustin’s surgery went smoothly. He knew the drill because he’d torn the ACL in his left knee a few years earlier. He’s always played soccer, first as a talented youth on Olympic Development Program (ODP) squads, then as an adult recreationally.

Luke, 12, got hooked on soccer early, too. Like his dad, he plays forward and center midfield. But, last May, Luke sailed a kick over a fence, then hopped the fence to retrieve the ball. He landed awkwardly and broke his right wrist.

“Word of mouth is the best referral we can get,” Martin said. “You operate on someone or treat them, they have a good outcome, and they bring back a family member, a friend or a colleague for you to treat.”

Luke’s wrist didn’t need surgery, but he had to deal with a fiberglass cast, followed by a brace.

“I’m surprised it took him this long (to break a bone),” Dustin said, laughing. “I’ve broken my tibia, my fibula, just a ton of injuries. It’s part of sports, so to me (for Luke) it wasn’t if, but when.”

Martin said it’s often hard for a young athlete to accept the limitations that an injury brings.

“You have to reassure them that it’s not the end of the world,” he said. “You will get better. The fact that you can’t play this season or swim this summer can be devastating, but reassurance that they will return to those activities comforts them. I just try to present a lot of hope.”

Martin tries to focus less on the severity of the injury, but still relay the importance of patients following their restrictions.

“We remind them it’ll only be a limited amount of time, not the rest of your life,” Martin said. “We’ll tell them during recovery if you can follow your restrictions and limit their activities, you will be able to return to next season or for the next sport. If you do too much or don’t follow your restrictions, you may need surgery or will not be able to return as quickly as most patients. It’s a fine line and requires understanding each patient.”

Luke, a seventh-grader at Hickory Ridge Middle School in Harrisburg, North Carolina, has made a smooth recovery. Dustin was diligent rehabbing his knee, fighting the itch to return to sports too early.

It didn’t apply to Dustin, but Martin said sometimes an adult’s intentions need to be reined in during recovery.

“You really have to lay it out for them,” he said. “You’re not in the NFL or NBA. There’s not millions of dollars at stake if you can’t play next week. Let’s not rush, get it right the first time, get you healed and back to normal so we don’t have to deal with it again.”

Martin said he’ll stress to an adult that they want to be able to play with their children at age 15, or 20, or be able to perhaps chase grandchildren.

“We don’t want you to have long-term limitations because you rushed things or did too much too soon,” he said.

“He was very professional, but cool,” Dustin said. “His real concern was getting you back to doing what you like doing. He cared and was very personal.”

Martin said he likes to explain the “why” part of the patient’s restrictions.

“If you give the patient more information, it helps them be a part of their care,” he said. “They’re part of their recovery and they buy into it a little bit more.  Help us help you.”