CHARLOTTE – Slime molds-Slime molds are fungus-like organisms that typically appear suddenly during warm, damp weather. It may appear as several inches to a foot or more in diameter and vary in color including bright yellow or orange. They are harmless and feed on decaying organic matter like is found in new hardwood mulch.  No chemicals or pesticides are needed. Simply scoop up with a shovel or pitchfork and remove.

Matted Mulch-When thick layers of dry mulch are applied or existing mulch dries some fungi can grow to form a mat of mycelium that repels water. Newly installed mulch should be watered to prevent this problem. If existing mulch is matted, break apart the matted layers with a rake or claw cultivator.

Artillery Fungus-The “shotgun” or artillery fungus may cause serious problems. This fungus shoots spores high into the air. They stick to any surface and resemble small tar spots on plants, cars, or house siding, and are very difficult to remove. To avoid damage to cars and homes do not use mulches that contain cellulose (wood). Use pure bark mulches or if the problem mulch is already in place cover the mulch with pine needles.

Stink horn Fungi-This fungus can colonize hardwood bark mulch. The fungi often appear in the Fall and can exude an unpleasant odor. Consider replacement of hardwood bark with pine needles, pine bark, leaf compost, or some other composted mulch.

Toadstools & Mushrooms-Some fungi found in mulches produce toadstools and some can be toxic to humans. As such, it is a good idea to destroy them when small children or pets have access to them.

In most cases, fungi and mold in the mulch are natural occurrences produced by Mother Nature under particular environmental conditions and can be dealt with quickly and safely. 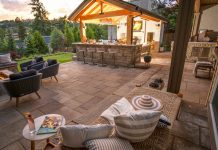 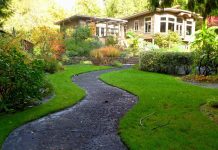 Landscaping On A Shoestring Budget 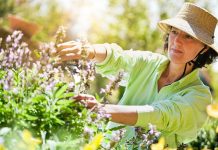 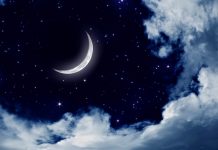 Planting, Farmer’s Almanacs And The Moon 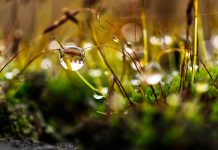 Best Times To Water Your Garden 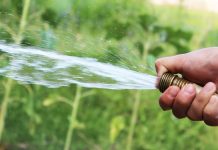