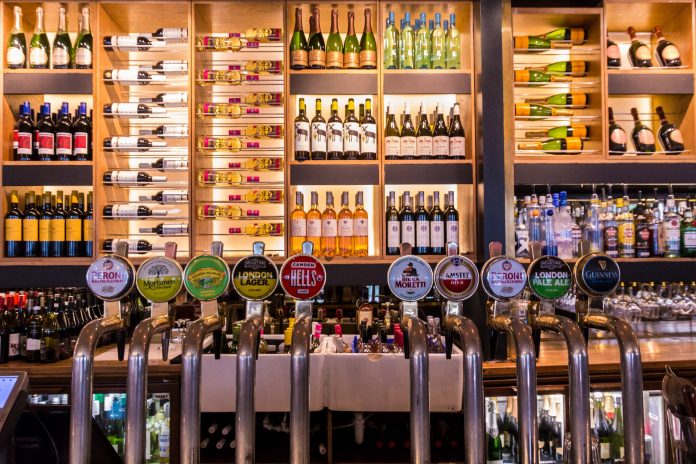 I am a teetotaler who believes that my fellow North Carolinians should be free to buy and consume the alcoholic beverages of their choice from the vendors of their choice.

They don’t currently possess that freedom. Above a low statutory cap, breweries are not allowed to market their wares directly to retailers. Distilleries are even more encumbered, both in how much liquor they can sell directly to consumers and in the range of retailers they can use.

There are two movements underway that, if successful, would improve the situation. One of them began as House Bill 500. As originally written, it would have allowed craft breweries to distribute up to 200,000 barrels of beer directly to retailers, rather than having to use a state-sanctioned cartel of wholesalers. The current cap is 25,000 barrels.

The wholesalers prevailed in the initial legislative battle, so the version of the bill that ultimately passed the House in late April would only modestly expand the ability of some breweries and wineries to sell their products as they wish. In response, some craft breweries have filed a lawsuit to strike down the state’s laws as a violation of the state constitution.

The other measure, Senate Bill 155, would allow distilleries to sell up to five bottles directly to visiting consumers, up from the current annual limit of one bottle. It would also loosen limits on the sale of spirits at festivals and allow restaurants and retailers to sell alcohol after 10 a.m. on Sundays, two hours earlier than the current limit. It has already passed the Senate and is now awaiting action in the House.

Some opposition to alcohol deregulation comes from interest groups, public and private, that benefit from the current system. No one should be surprised by their special pleading.

But others inside and outside the General Assembly argue that North Carolina’s regulatory scheme is designed to curb alcohol abuse, which they tie to such social ills as drunk driving and domestic abuse. I think their concerns deserve more respect, although I don’t ultimately agree with their conclusions.

As I said, I’m a teetotaler. One reason is that my family has often suffered the ravages of alcoholism. As the family historian, I’ve chronicled numerous cases. The great uncle for whom I was named, for example, was struck and killed on the railroad track behind our house either because he had fallen down drunk or because he’d first been beaten to unconsciousness by fellow drunks. Other close relatives have had less deadly but still debilitating experiences with alcohol.

But if your conception of freedom is that it ought only to extend to behavior with which you personally agree, you’ve conceived it out of existence. The state should certainly punish actions that violate the rights of others, such as drunk driving or violent crimes committed while inebriated. The adult consumption and sale of alcohol, however, are not the proper concern of the state.

Most drinkers aren’t drunks, most drunks aren’t dangerous, and most governmental attempts to save people from themselves create more problems than they solve.