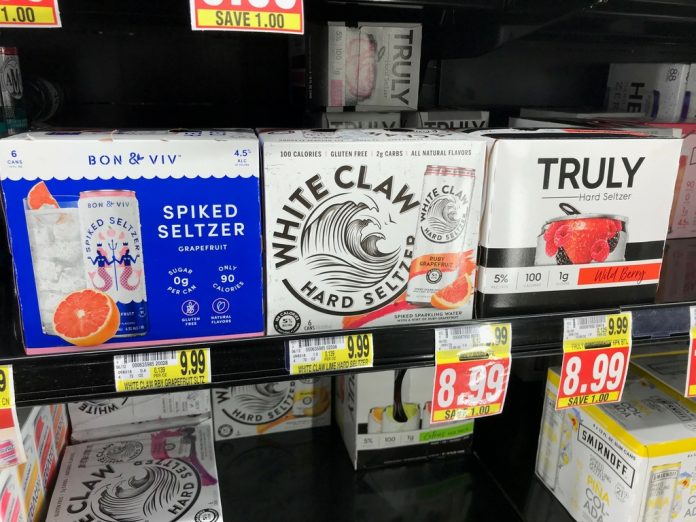 And then there’s those claims about hydration

Drink of the summer? At the moment it appears to be spiked seltzer. Beverage companies are marketing it as a bubbly, refreshing and healthier alternative to light beer or wine and it’s become especially popular in the summer of 2019. Grocery stores and convenience marts have stacks of the stuff everywhere and it’s a go-to option for many women who are drawn by the low-cal pitch, which comes wrapped in a skinny can to drive home the point.

Do claims of being better for you really hold up? Novant Health registered dietitian Andrea Hiatt has answers.

What exactly is a spiked seltzer?

It’s basically flavored, carbonated water like LaCroix, but unlike that drink spiked seltzer packs the extra punch of alcohol, Hiatt said. “It’s not that a liquor, like vodka is added, it’s fermented. That’s where the alcohol comes in.

“Most of them are about 4% to 5% alcohol by volume, so that’s pretty much the same as a light beer,” Hiatt said. Note: Be sure to check the can. Some brands pack a lot more booze than others. Four Loko, for instance, clocks in at a head-banging 14%. That’s about triple of what you’re getting in other popular brands.

And so: do the ‘healthier’ claims hold up?

Healthier? “There’s a lot of gray space with a claim like that,” Hiatt said. “I wouldn’t say it’s necessarily healthier, but it could be a better choice.” At roughly 100 calories a can, it’s in the league with a light beer, she said. So that makes it better, than say, a margarita which can come loaded with sugar and packing 600 calories or more. 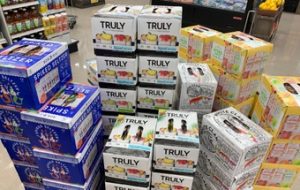 Hiatt noted that some fans are drawn by the claim that spiked seltzers are more hydrating than other drinks because of their high water content. Don’t let that influence your decision, she said. “Either way, it’s still alcohol and still dehydrates you so you’re going to have to drink more water.”

The other thing to look at is the artificial sweeteners or flavorings, she added. “When they say ‘natural flavors,’ we don’t really know what they’re putting in there. They can have different additives that might not be natural even though they say they are.” Spiked seltzers are typically gluten-free, she said, so that could be a big plus for those who are sensitive to gluten.

If you’re in reasonably good health and watch your weight, does it actually matter how many calories are in a drink? “I say, if you’re having it in moderation, it’s going to be OK” if your choice has more calories than others, Hiatt said. But in cases where you’re having more than the occasional drink, she added, you need to account for that in your diet.

“So you see a lot of people that might go away on vacation and they’ll come back and they say ‘Oh my gosh, I gained a ton of weight!’ And it might not be that they were eating really any differently. It could be the alcohol that they were taking in. So you know when we look at that hard seltzer, that could be a great option for them instead of having that margarita every night.” Bottom line: healthy tweaks and swaps, Hiatt said, can make a difference in your diet.

For those of you who’ve not have had the pleasure of trying a hard seltzer, this writer poured himself one in the name of fully covering the story. My White Claw Ruby Grapefruit was, to quote Samuel L. Jackson in Pulp Fiction, a tasty beverage.

But if you like your drinks with a bit of alcohol bite, this may not be your thing. To me, it tasted like carbonated Kool-Aid. No hint of alcohol. I can see how some of us might end up drinking a lot faster than might be advisable.