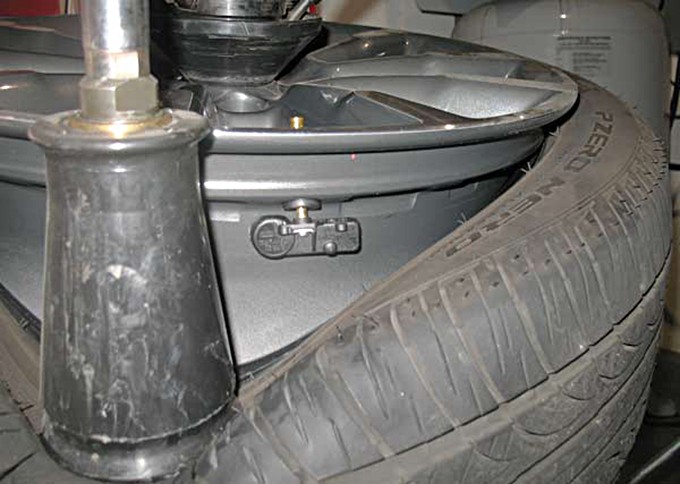 Tire Pressure Monitoring Systems, or TPMS, is an integral part of most cars sold in the last two decades. It’s a great tool for giving the driver real-time data on air pressures and when to adjust. But how does it work and why do we have it?

Due to high fatalities coming from tire failures on certain Fords equipped with Firestone tires in the 1990’s, congress passed the TREAD Act in 2000. One of the stipulations of the act was that all light-duty vehicles sold September 1, 2007 and forward would be required to have TPMS equipped.

TPMS functions in one of two ways; Directly or Indirectly. Direct TPMS is mounted to the wheel and uses a sensor to monitor the air pressure. If it drops to a critical point (usually 25% of normal,) the sensor sends an alert and a light or warning appears on your dashboard.

Indirect TPMS monitors pressure through the wheel speed sensors usually found on your antilock braking system (ABS.) If one wheel is spinning at a different speed than the others, then it is likely that tire’s pressure is low and sends an alert to your CPU and lights the dashboard.

Over time, TPMS sensors can degrade or get damaged and occasionally need to be replaced. Generally, once a TPMS sensor is replaced, it has to be reprogrammed via a diagnostic tool. Few vehicles are self-programmable. Common signs of bad sensors are odd pressure readings or a warning light that stays on even when tires are correctly inflated.