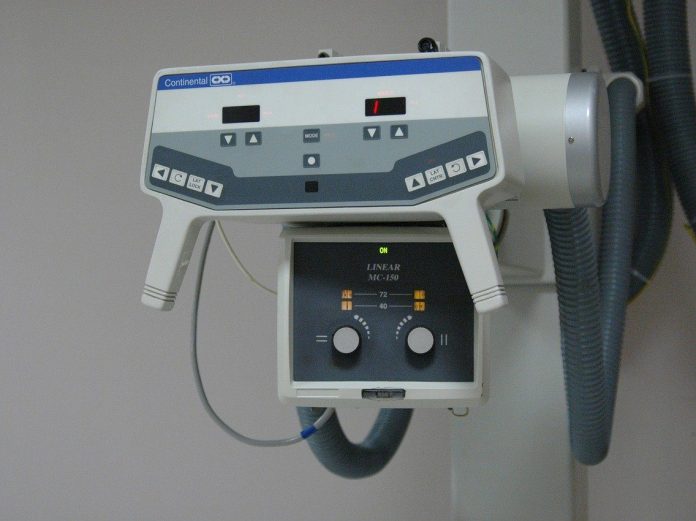 CHARLOTTE – Here’s a harrowing statistic: One in eight women in the U.S. is at risk of breast cancer, according to the Society of Breast Imaging. The good news? Early screenings detect breast cancer when it’s more likely curable.

Elizabeth Currie is a regional mammography manager with Novant Health. She helps oversee the operations and standardization of 12 screening centers across the greater Charlotte market, including the Novant Health Breast Imaging Center – Mint Hill.

“Screening is to rule out breast cancer that’s starting to develop,” she said. “You have a Pap test  to make sure there’s nothing going on, and it’s the same thing.”

What is a mammogram?

A mammogram is an X-ray picture of the breast, and the best way doctors have to find breast cancer early. During a screening, a large imaging machine moves across breast tissue in an arc to produce pictures. A radiologist then examines the images for abnormalities.

What about 3D mammograms?

3-D mammograms, available at many Novant Health sites, have been shown to detect 40 percent more cancer cases than the standard mammogram, according to a study reported in the Journal of the American Medical Association. The new technology allows providers to have better visibility and more accurately detect cases of breast cancer. Women who would most greatly benefit from 3-D mammography are those with dense breasts and those who have an increased risk of breast cancer. Contrary to popular belief, what constitutes “dense breasts” has nothing to do with breast size. Breast tissue is made of both fatty tissue and glandular tissue, the latter of which causes the density. Depending on your insurance plan, additional fees may apply.

Current recommendations suggest starting annual screening at age 40. If you have a family history of breast cancer, you’re more at risk, Currie said. She recommends asking your primary care doctor about earlier screenings if breast cancer is genetic. “We recommend scheduling screenings after your period, not just before your cycle, due to tenderness in the breasts,” said Currie.

Keep your normal routine. Some medical appointments require patients to fast or abstain from certain foods or drinks before arrival. But Currie said, for a mammogram, that’s unnecessary. “We recommend that you do your normal things,” she said. “Some people get nervous, and if they don’t eat, they get faint.”

Do not use deodorant, powder, or lotion under your arms or on your breast before your mammogram. Wear a blouse or top that is easy to remove.

If you’re uninsured or worried about cost, call Novant Health Cancer Care’s prevention and early detection department at 704-384-5250 to ask about free clinic screenings. “Don’t let not being able to pay for it deter you from doing it,” Currie said. “We have resources to help.”

While you’re wearing a front-opening gown, a technologist will position your breast on the machine in preparation for the screening images. The technician will then use a plastic paddle to spread out the breast tissue. “It’s uncomfortable and awkward, but takes five to 10 seconds” to capture the image,” she said. You also may feel slight discomfort for a day or two afterward, she added.

Try not to move.

“We usually ask patients to take a breath in and hold it,” Currie said. “This keeps you still while the (machine) makes its sweep.” Movement can cause images to blur, and often technicians are looking for abnormalities the size of a grain of salt. Image clarity is crucial.

Should you ask to sit?

The procedure is commonly performed while standing. If you are prone to fainting during office procedures, tell your technologist first. He or she may recommend that you sit in a chair while being screened to prevent a fall.

Don’t be nervous if you’re asked back. Follow-up screenings are common, Currie said, especially after first-time screenings. It all depends on the tissue: with denser tissue, abnormalities can be more difficult to detect. “At your first screening, we’re trying to establish what your normal is,” she said.

“It’s once a year,” said Currie. “For yourself and your health, and your family, it’s such an important thing that can be done. Breast cancer is one of the most treatable cancers if you find it early.”