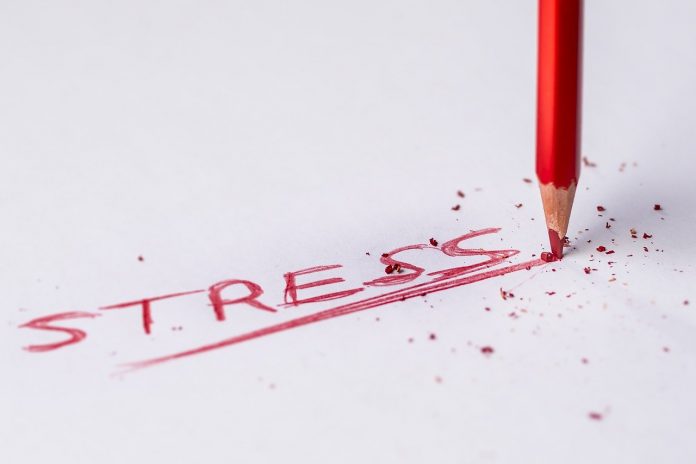 CHARLOTTE – Let’s talk about politics. No? Just thinking about it makes your stomach start to hurt? You’re in good company. More Americans than ever are saying the 2020 U.S. presidential election is stressing them out, according to a new survey by the American Psychological Association.

More than two-thirds of Americans surveyed by The Harris Poll for the APA, or 68%, said the current presidential race was causing them significant stress. That’s up from 52% in 2016. Political affiliation didn’t matter – Democrats (76%), Republicans (67%), and Independents (64%) all reported feeling overwhelmed by the political climate.

“The concept of politics has changed,” said Soltana Nosrati, a psychotherapist with Novant Health Psychiatric Associates in Huntersville, North Carolina. “Before, if you were, say, a Democrat and somebody you knew was a Republican, it was OK. In the last few years, it’s become very divisive. The idea that we can all coexist has kind of faded.”

As early voting gets underway in the runup to Election Day on Nov. 3, stress is likely to climb as well, Nosrati said. And interacting with family and friends at the other end of the political spectrum could mean that stress persists through the holidays. But there are ways to minimize its effect on your day-to-day life.

Tune out some of the news

If you find that closely following the news bumps up your anxiety level (and it probably is), take a break. It’s not helpful. You can stay informed, which certainly is important in an election year, but try to find the right news source for you – one that doesn’t raise your blood pressure. Nosrati counsels her patients to reconsider following the 24-hour news cycle because the typical human being can’t process that much information, which can lead to feeling helpless. She also suggests settling on a source that sticks to presenting information and shies away from opinions and observations. More than anything, it’s OK to take a break. “You don’t have to be in the know all the time about everything,” she said. “A lot is not always a good thing.” And let’s face it, you’ve probably got enough information to make your decisions at this point.

Stick to the issues and the ‘I’ statements

Political discussions are actually important and often unavoidable, especially in a democratic society. With a political climate as contentious as it is now, focusing on the issues – and not on who’s right and who’s wrong, or who has the best candidate – is the best way to have a meaningful exchange of ideas. Go into the conversation with compassion and understanding, Nosrati suggested. When you disagree with someone, use “I” statements such as: “I can see why you feel that way. But from my perspective, this is how I’m seeing things.”

Bottom line: You don’t have to agree to have a healthy conversation.

“We all want to make sure that we get to live long, happy, healthy lives, and we worry about our kids,” she said. “So we’re really not that far apart when you really think about it.”

The 3-second hug and other stressbusters

Because stress can affect your physical health – raise your blood pressure, and cause headaches and stomach aches – doing something physical such as taking a walk can help. Movement releases anxious energy. Watching a television show or movie that makes you laugh can take your mind off your worries. With small children in the house, Nosrati has been known to watch an episode of “Paw Patrol” or “Shimmer and Shine” to relax. Call it a vacation for the brain.

And then there’s the 3-second hug, which you can only use right now, with people you live with. You hold an embrace for three deep breaths in and out, and you can feel the stress melt away. “Touch is so important,” Nosrati said. “Human beings, we need touch, we need to feel connected. And these days with technology, we’re not as connected. Touching another human being that has compassion and care for you can be very stress-reducing.”