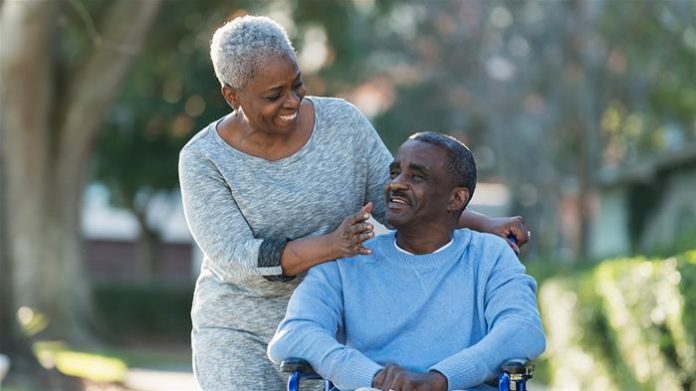 This fall, Michael McCary, former member of R&B vocal quartet Boyz II Men, made headlines when he revealed that he was diagnosed with multiple sclerosis during the group’s prime in 2003.

While many aspects of the condition are quite elusive, Dr. Matthew Carraro, a neurologist and multiple sclerosis specialist with Novant Health Neurology Specialists, helped clarify who is at risk, what symptoms to look for, and how it is diagnosed and treated.

In the case of MS, the immune system mistakes the central nervous system as foreign and wrongfully attacks the brain, spinal cord and optic nerves.

Who is diagnosed with multiple sclerosis?
More than 2.3 million individuals suffer from multiple sclerosis worldwide. It affects more than 400,000 people in the United States alone. Women are two to three times more likely than men to have MS.

“There is no known cause for multiple sclerosis, although we know that both genetics and environment play a role,” Carraro said. “For instance, having a first-degree relative with MS can increase your risk from 1 in 800 to 1 in 100. It has also been linked to lower levels of vitamin D, smoking and certain viruses, such as the Epstein-Barr virus, which causes mononucleosis.”  He added that MS affects people of all races and ethnicities across the world.

“Multiple sclerosis can affect people of any age, but it is most commonly diagnosed between the ages of 20 and 50,” Carraro said. “The average age at diagnosis is around 34 years old.”
It is unclear when McCrary was diagnosed with MS, though he has said he first experienced back spasms that progressively worsened in his early 20s during his time with Boyz II Men.

How is it diagnosed?
Diagnosing multiple sclerosis relies on evidence of the disease as well as the symptoms reported by the patient. Accompanying test results and physical exam findings also play a significant role. Evidence of damage must be present in at least two separate locations in the central nervous system at two different points in time.

“There is no blood test or simple “yes/no” test for multiple sclerosis,” Carraro said. “We use a set of diagnostic criteria that involves medical history and MRI findings. Decision-making is aided by blood work, neurological physical examination and, sometimes, cerebrospinal fluid studies obtained by a spinal tap.”

How do you treat multiple sclerosis?
Although no cure exists for MS at this time, there are a number of disease-modifying therapies available to help manage the disease and help patients live as normally as possible.

“The goal of disease-modifying therapy is to limit the damage caused by multiple sclerosis,” Carraro said. “Newer treatments are significantly more effective at slowing down multiple sclerosis than some of the first-generation medications.” He stressed that choosing the right disease-modifying therapy is important and should be discussed with your doctor.

“Pre-hab,” or the concept of optimizing a patient’s functioning to make them more resilient to any damage that may occur as a result of multiple sclerosis, is also imperative. “Quality of life is key,” Carraro said. “Working with patients to stay physically active, be engaged with family and friends, quit smoking and get enough vitamin D – these are a few of the issues that we work on every visit.”

Novant Health recently expanded its stroke and neurosciences services. Read a Q&A with Dr. Eric Eskioglu, who leads the effort, and learn more about what the expansion means to communities served by the health system.