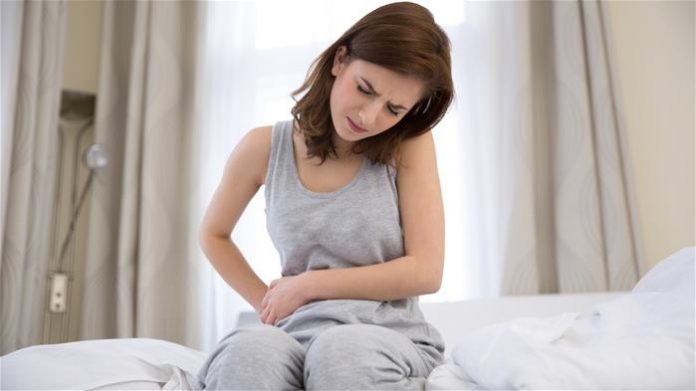 Disorder ails millions of women and can be difficult to diagnose

Endometriosis is a painful, gynecological condition that affects about 5 million women in the United States.

Endometriosis occurs when cells similar to the endometrium (the lining of the uterus) are found outside the uterus and on other organs within the pelvis. Those misplaced cells, called lesions, grow and bleed each month in response to hormonal changes, resulting in scar tissue and adhesions. The pain associated with endometriosis can be debilitating to the women it affects and could ultimately be detrimental to their reproductive health.

The condition affects girls and women most often during their reproductive years and is typically diagnosed in a woman’s 20s or early 30s. Many women get used to the discomfort and healthcare providers often attribute the symptoms to other conditions. There is often a significant delay from when a woman first experiences symptoms until the time she is eventually diagnosed and treated.

“Typically endometriosis is found based on pain,” said Dr. Tiffani Jones of Novant Health Providence OB/GYN in Charlotte, North Carolina. “A woman may present complaining of severe pain with her menstrual cycles, intercourse or bowel movements, and no relief with pain relievers.”

There is no known cause for endometriosis, although it is likely that certain genes predispose women to developing the chronic disorder. The symptoms can be attributed to other conditions, or mistaken for a painful period, which can make it tricky to diagnose.

Women often attribute their pelvic pain to their menstrual cycle. But research shows that endometriosis affects about 40 percent to 60 percent of women suffering from pelvic pain.

“Diagnosing endometriosis is often a process of elimination,” Jones said. “There is no test for it, and the one true way to diagnose endometriosis is through a surgical laparoscopy, during which samples can be taken or lesions can be visualized. We can also try regulating a woman’s hormones with birth control or Depo-Provera to see if the pain improves.”

Endometriosis has no known cure, but there are treatment options. “For managing the pain, you can use ibuprofen or prescription strength pain relievers,” Jones said. “We can prescribe birth control pills to help control the pain at the cellular level.”

By regulating hormones and taking continuous birth control pills, women can effectively skip their menstrual cycle each month, thus eliminating the pain associated with menstruation. Jones said it’s OK to not have your period as long as it’s controlled under the supervision of your OB-GYN or other healthcare provider.

Surgery to remove the lesions or your uterus is also an option. “Many women see having a hysterectomy as the be all end all way to solve the problem, but that isn’t the case,” Jones said. “It physically removes your uterus, so yes, you don’t bleed, but remember the lesions are outside the uterus and thus may still cause pain. Even without a uterus, you still go through the hormonal cycle. A hysterectomy can be an answer if you have significant bleeding. But it doesn’t mean that you won’t have any more pain.”

Your stage in your reproductive life is important when considering treatment. Endometriosis doesn’t always cause infertility, but there is a strong likelihood that it can. The adhesions within the fallopian tube can prevent the egg from traveling normally to the uterus, resulting in a lower chance of fertilization. The earlier a woman with endometriosis tries to get pregnant, the better her chances are for a successful pregnancy.

Talk frankly with your doctor to determine your best treatment option. Discuss the frequency and severity of your symptoms, how they affect your daily life, and whether you want to have children now or in the future.

If you think you may have endometriosis or want to discuss your symptoms with a doctor, schedule an appointment today with an OB-GYN.