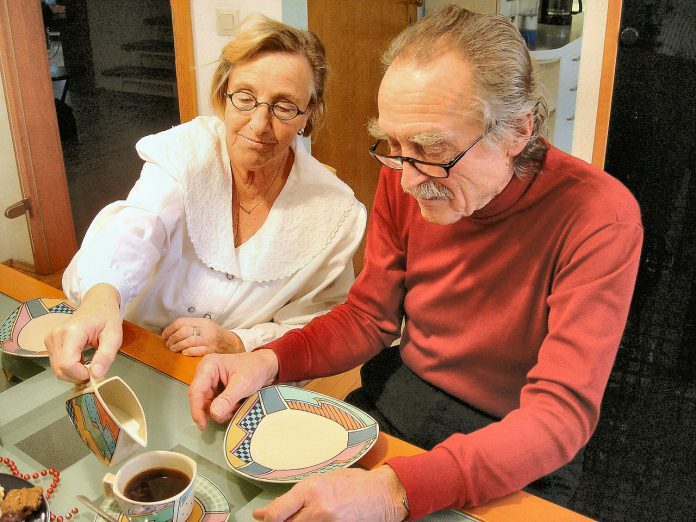 CHARLOTTE – Simple things many of us take for granted, like using a toothbrush or drinking from a cup, are nearly impossible for millions who suffer from essential tremor. Among the people who struggle with this is Shirley Whitley of Stanly County, 30 miles east of Charlotte.

“It’s gotten unbearable over the last 10 years,” said Kim Page, who quit her job years ago to take care of her 76-year-old mother. “She couldn’t use a fork or even put a cup to her mouth and refused to go out to eat.”

An estimated 7 million Americans have essential tremor, a neurological disorder that most often causes rhythmic shaking in the hands. It may also affect the head, voice, arms, or legs.

Whitley’s case was so debilitating that she sought out neurosurgeon Dr. Charles Munyon at Novant Health Brain & Spine Surgery who uses a form of surgery called MR-guided focused ultrasound to interrupt the circuit that causes tremors. Instead of a traditional operation where a surgeon would cut into the body, this procedure relies on sound wave energy to fix the problem.

Novant Health is the only hospital system in the Southeast that’s able to treat both essential and Parkinson’s tremors using intracranial focused ultrasound. Patients are awake for the incisionless brain surgery and most people experience an immediate and significant reduction in their symptoms.

“Our team is very excited to open up access that until now has required long wait times and significant travel for patients in the Carolinas,” Munyon said. “Many tremor patients have suffered for years or even decades with this debilitating and progressive condition and helping them regain the ability to dress and feed themselves, or just live a more active and independent lifestyle, is extremely rewarding.”

Novant Health partners with INSIGHTEC, a medical technology company, to provide the life-changing procedure. Munyon has performed more than 90 procedures since the fall of 2020 – 20 of which were in March – the country’s second-highest treatment volume in a calendar month.

“What that means is we actually have patients traveling here from around the country. This morning, I spoke to a patient who flew here from Arizona, because he could get the treatment covered by Medicare.”

The morning of March 1, Whitley and her family made the 30-mile trip to Novant Health Mint Hill Medical Center for the procedure she wishes she’d done “10 years earlier.”

In Whitley’s case, her essential tremor was inherited. It’s “common to have patients where several members of the family are affected across generations,” Munyon said. Whitley’s tremor was also exacerbated by a stroke she had years earlier. It followed a bout with breast cancer, as well, which Whitley received treatment for in 2012. She overcame cancer, but still experienced a low quality of life due to the essential tremor, which prevented her from doing simple things like feeding herself. She was especially interested in the focused ultrasound procedure since she didn’t need to be put to sleep. A pre-and post-surgery writing test showed an immediate improvement in Whitley’s side effects.

“It’s really something to see when someone can’t even keep a pen applied to a paper at the start of treatment, and by the end, they’re drawing good spirals, straight lines and can write legibly,” Munyon said. “Those are really fun to watch.”

It was also fun to watch for Page, who was overjoyed at the thought of her mother getting some independence back. When she and her dad walked into the recovery room, Whitley was eating a pack of crackers on her own and drinking from a Styrofoam cup – something she hasn’t done in 10 years.

“It was amazing. We stood there and the nurses cried, and we cried. Dr. Munyon came in and I wanted to call him Superman, because he truly did something that added life back to my mom’s life. It has given her a different quality of life that she hasn’t seen in 10 years,” Page said. Since it is an outpatient procedure, Whitley was back at home the same day.

Side effects from focused ultrasound are often temporary, Munyon said. Some patients will drift a bit when walking, typically on the side of the body that was treated, while others will experience a change in taste, mild slurring of their speech, or numbness or tingling in the lips, mouth or tongue.

“In the majority of patients, those expected effects go away within about six weeks,” Munyon said. “Of the 10 to 14% of patients who have symptoms that persist beyond three months, they’re usually mild.”

How focused ultrasound could be used in the future

Studies are now evaluating how focused ultrasound can be used to treat other conditions. Patients with severe psychiatric illness, such as disabling obsessive-compulsive disorder, have been “successfully treated in small trials,” Munyon said.

Other studies are evaluating its effectiveness on certain pain disorders, as well as epilepsy. It may even be able to help cancer patients. There are trials using focused ultrasound to disrupt the blood-brain barrier in specific areas so that chemotherapy can get to its target more efficiently, Munyon said. The rate at which Novant Health can perform the procedure, up to four or even five in one day, also brings promise.

“What excites me the most is that at the rate that we’re accumulating experience and treating patients, in the not too distant future Novant Health will likely be a center that other groups will want to collaborate with,” Munyon said. “We may be able to participate in some of these research trials or even potentially institute our own.”