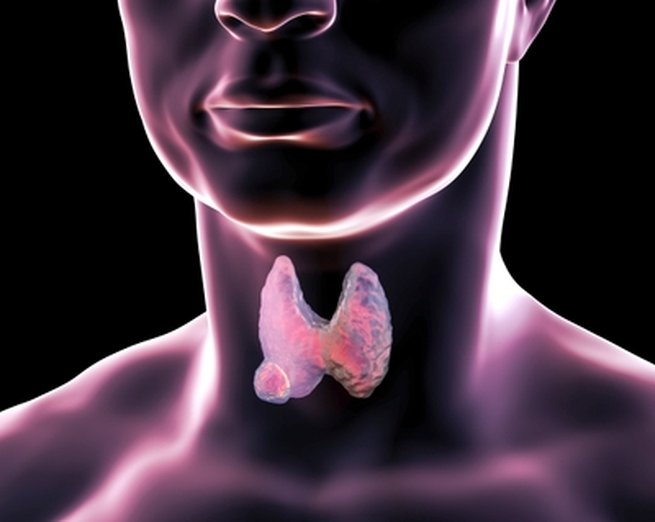 CHARLOTTE – 10 things we all need to understand about the thyroid gland.

Though it weighs less than an ounce, your thyroid gland punches way above its weight, making hormones that help control many key bodily functions.

Located in your neck, just in front of your trachea, this butterfly-shaped gland helps regulate your heart rate and metabolism, your brain function, how strong your muscles and bones are, and even whether your skin is oily or dry. While the American Thyroid Association estimates that 20 million Americans have some form of thyroid disease, many have no idea until a blood test, unrelated imaging or suspicious bump tips them off.

Farmer answers 10 common questions about this powerhouse of the human endocrine system:

1. How does the thyroid work?

It makes hormones that are carried through the blood to every tissue in your body. Thyroxine, also known as T4, is the main one. Your pituitary gland tells your thyroid how much thyroid hormone you need.

2. How does the pituitary determine that?

Routine blood tests reveal how much of these hormones your body is making. It seems backward to some patients, but low TSH is a sign of an overactive thyroid (hyperthyroidism) and high TSH, an underactive one (hypothyroidism).

Hyperthyroidism is a little bit clearer for most folks. They often notice palpitations and a very fast heart rate, even at rest. They can have a heightened sense of anxiety and tremors. Sometimes, patients will tell me, “You can’t see me shaking, but I feel shaky on the inside.” They can feel too hot, lose weight with little or no effort, and have frequent bowel movements — not necessarily diarrhea but not well-formed stools either.

Hypothyroidism is more vague. The textbook signs are sluggishness, fatigue, constipation, unusual cold intolerance and potentially a few pounds of weight gain. But these symptoms are often associated with many other things — menopause is among the masqueraders.

4. People often blame the thyroid when they put on weight. Is it usually to blame?

That’s one of things that our society overplays. In truth, the weight gain associated with untreated hypothyroidism is generally just a few pounds — we’re not talking 50 or 60. Your thyroid doesn’t make you crave food; it’s more of a slowing of metabolism that makes it harder to burn calories.

5. What are the most common thyroid diseases?

Hashimoto’s disease is the most common form of underactive thyroid disease. It’s an autoimmune disease in which the body develops an antibody that essentially scars the thyroid, making it underactive.

Graves’ disease is an autoimmune form of hyperthyroidism that former First Lady Barbara Bush had. With this disease, people develop an antibody that revs up the thyroid and makes it overactive.

And sometimes, women who have recently given birth develop a brief period of overactive thyroid called postpartum thyroiditis. It usually happens one to five months after delivery.

6. How are thyroid problems diagnosed?

Typically, it’s done with a blood test for the hormones T4 and TSH, as well as another made by the thyroid called T3.

Sometimes, an unrelated head or neck imaging scan will reveal nodules or cysts on the thyroid, prompting a referral to an endocrinologist.

And occasionally, a patient finds a suspect lump in the lower neck — either by touch or sight. If you do discover one, see a doctor. In 2013, a nurse and fan of HGTV’s “Flip or Flop” alerted property flipper Tarek El Moussa when she spotted a suspicious lump on his lower neck while watching the show. A biopsy revealed stage 2 cancer. His thyroid was later removed.

7. If there is a growth, what happens next?

Nodules under a centimeter in size are not likely to be concerning. Larger ones we pay more attention to. Their appearance on an ultrasound can tell us if they are solid, filled with fluid or irregular in shape. If a nodule is concerning enough, a fine needle biopsy to sample the tissue can reveal whether it is cancerous or not. The only real reason to have them removed is if they are cancerous or so large they’re interfering with swallowing or the nerve to nearby vocal cords. If there’s cancer, all or part of the thyroid is removed, sometimes followed by treatment with radioactive iodine pills. It is rarely a fatal cancer.

I’d estimate that half of women over 50 have thyroid nodules. They are very common.

8. How do you treat underactive and overactive thyroids?

Levothyroxine is the mainstay treatment for underactive thyroid. It’s a pill that replaces the thyroid hormone the body naturally wants. We monitor patients’ blood levels regularly to make sure we have the right dose.

For overactive thyroid, there are also oral medications — methimazole, propylthiouracil (PTU) — and sometimes, radioactive iodine, which is administered by a radiologist. Less often, an overactive thyroid is removed, a relatively low-risk surgery.

9. What’s the relationship between the parathyroids and the thyroid itself?

The four parathyroid glands help control the body’s calcium levels. They really have no bearing on the thyroid, or vice versa.

10. Finally, are there any healthy habits people can adopt to prevent thyroid disease?

There’s not really anything that anyone has control of in terms of their thyroid — no special diet or exercise or smoking status or alcohol. I’ll couch that with always saying: Don’t smoke and no more than two alcoholic beverage equivalents a day. 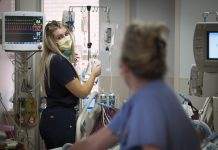 What Nurses Can Teach The Rest Of Us About Resilience