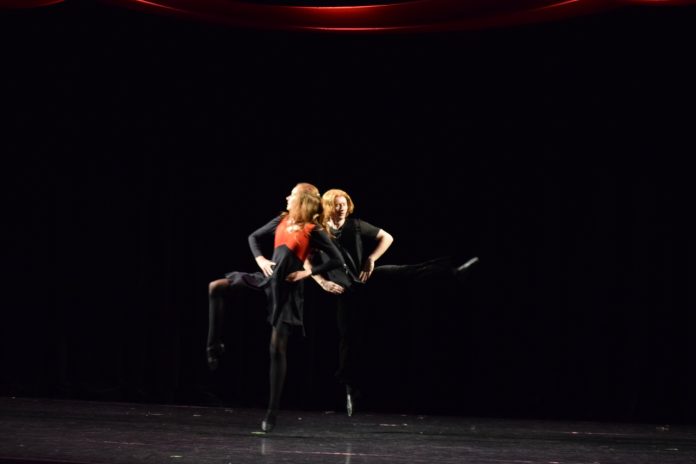 CHARLOTTE – Nathan Burns is the opposite of the teenage stereotype. The 16-year-old from Winston-Salem needed a couch and time on an Xbox to recover from his usual lifestyle.

Burns is used to being on the go for hours on end perfecting his two passions – soccer and ballet dancing – often on the same day. And either years of pounding on his legs, a genetic condition, or a combination of both led to a diagnosis last year of an osteochondral lesion.

“Cartilage is what lines our joints and helps them glide and move smoothly. If you think of your joint as a smoothly paved road, an osteochondral lesion is like a pothole in the middle of that road. It is damage to the cartilage and the bone underneath it.”

For Burns, the “pothole” surfaced as a nagging pain in his left ankle. He had played with it at soccer camp the week before, but when he struggled to climb into his hammock at Boy Scout camp, he realized he might have a significant problem.

His father, Dr. Kevin Burns, is a physician at Novant Health Forsyth Internal Medicine. He thought his son needed to see an orthopedic surgeon. An X-ray revealed the lesion and Burns was referred to Daws, an ankle specialist.

“We had basically two options,” Nathan Burns said. “There was either put myself in a boot for six months, try to see if it healed on its own or have surgery and then put my foot into a soft cast for about a month and then a boot for another two months … The doctor was pretty confident that I’d be able to get back to full strength with surgery.”

For an athlete used to playing soccer year-round for both his high school and club teams, and ballet dancing through the holiday season and spring shows, sitting around for six months “just to see” wasn’t a good option. So he underwent surgery in September 2021.

“The surgery is done through a scope,” Daws said. “It’s two incisions on the front of the ankle joint. You use a small camera and small instruments. I always tell patients that I use a little instrument that is like an ice cream scooper to scoop out the bad and unstable cartilage. Once you get rid of it, you are left with a hole.

“At the bottom of the hole is normal bone so you get that normal bone to bleed. Then you take some whole blood bone marrow from his hip and mix that with a cartilage allograft (donated tissue) and then that makes a paste. You fill the hole with that paste and you glue it in place. The key is that patients cannot walk on it for about six weeks after surgery. Cartilage is difficult to get to heal, so you really have to have to protect it for a very long time.”

Burns was on crutches and told no walking for six weeks. He wore a soft cast for the first two weeks and then a boot for the last four. Once he could start walking at the six-week mark, he wore the boot for another six weeks.

“When you go from being active pretty much 24/7 to doing absolutely nothing, it’s hard,” Burns said. “I had a lot of things that helped me keep going. I had one really good friend who would hop on Xbox just about every night. We could talk it out. That really helped cure my boredom.”

Burns had to sit on the bench during his first varsity soccer season as a sophomore, after serving as captain of the JV team as a freshman. And he settled for a walking part during the Nutcracker performances last Christmas.

“They let me be a butler onstage, which was kind of fun,” Burns said. “I just got to walk around a party scene carrying a tray full of glasses, instead of actually dancing.”

In January, when Burns was given the green light to start doing light activity, dance was a natural place to start. At first he was told no relève – rising up on the balls of his feet – but as long as he kept his weight on both feet, he could do stretching and strength-building movements.

“There’s a lot of injury prevention in dance,” Burns said. “And a lot of it can be used as recovery.”

By February, Burns was cleared to play soccer. He joined his club team with the Piedmont Triad Football Club for a tournament.

“Once I got my endurance and I got back in shape, I started to get my skills back. That’s when I really felt like I was back on top of my game,” Burns said.

By the end of April, he was performing in his ballet studio’s spring shows. He danced with a renewed appreciation.

“Before I had ankle surgery, I was planning to quit dance,” said Burns, who started ballet when he was 7 and took interest in what his younger sister was doing. “It was getting harder and harder to juggle all the time, especially taking AP classes. But then the ankle hit and it opened my eyes a little bit to how much I appreciated dance because that was the main place I went.” Now, he said, he’s ready to enjoy both ballet and soccer again.

He’s a junior now at Oak Grove High School in Winston-Salem. He’s starting as left back for the soccer team. He’s chasing down merit badges toward becoming an Eagle Scout. And he’s back rehearsing for the Nutcracker.

Burns said what he appreciates the most about being back in dance is the friendships he makes there.

“When you stay with someone for seven hours a day and you’re sweating and grinding through a lot of rehearsals and classes together, it’s hard not to develop a bond,” Burns said.

He hasn’t had to worry about his ankle for months. He’s focusing on his next big goal now: “I have a dream to get into an Ivy League school, like Dartmouth.”