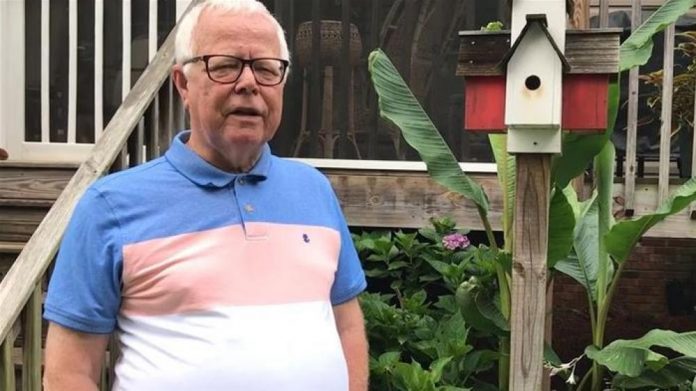 A few years ago, the Rev. Eddie Brackett found himself with two frightening health problems that came out of nowhere. One, he began falling for no obvious reason. Two, he began to suffer lapses in memory.

Brackett, pastor at Waughtown Baptist Church in Winston-Salem who was busy overseeing his flock and writing three sermons a week, would take a tumble after what felt like simultaneous Charlie horses in both legs.

One day, there was a particularly scary fall outside a crowded deli. Even though he was using a cane by then, “I went out the door and the next thing I know I’m going across the parking lot,” said Brackett, 71, of Kernersville. He stopped driving and gave up one of his favorite pastimes, puttering in the yard with his wife, Hilda.

The culprit was diagnosed as normal pressure hydrocephalus or NPH. The condition is caused by a buildup of cerebrospinal fluid in the brain’s cavities.

This can cause a wide range of symptoms that can include abnormal gait, urinary incontinence, dementia and others. More than 700,000 Americans have NPH, but less than 20 percent receive an appropriate diagnosis, according to the Hydrocephalus Association.

NPH is often misdiagnosed as Alzheimer’s disease, Parkinson’s disease, or as part of the aging process, said Dr. Rashid Janjua, a neurosurgeon at Novant Health Brain & Spine in Winston-Salem.

After a spinal tap offered only temporary relief, Brackett opted for surgery.

NPH is one of the few causes of dementia that can be controlled or reversed. “It turns out that this is something that can be fixed,” Janjua said.

Just one night in the hospital

The answer in this case, Janjua said, is known as “shunt surgery.” The surgeon places a hollow tube in the patient’s brain or occasionally the spine. The tube has a valve that allows the amount of fluid in the brain to be controlled and keeps fluid moving to areas where it doesn’t cause a problem.

The patient stays overnight in the hospital, and then the next day they go home.

“In other words, we readjust how much fluid is taken off their brain with the shunt,” he said. To do this, the surgeon places a special magnet on the patient’s head to nonsurgically control a valve implanted during surgery to alter the amount of fluid taken off the brain.

Brackett thought a lot about his surgery and was focused on finding a surgeon that made him feel comfortable with the procedure.

That turned out to be Janjua. “So many other doctors, they want to get back to this or that other thing, rather than take the time to listen,” Brackett said. “But Dr. Janjua has impressed me. If I had had any misgivings about doctors, he’s turned me around.

“I prayed with him. We’ve been able to discuss things. We’ve talked about family and my grandkids and he looks at my grandkids’ pictures. Most other doctors, it’s ‘who is next?’”

Today, Brackett continues to work 50 to 60 hours a week as a minister. He’s driving again and is mowing the grass for the first time in years. And he and Hilda have both been out in the backyard garden, which is having a good year. A robust row of corn stands as proof.

They celebrated their 50th wedding anniversary this year. And Brackett’s return to good health, they said, is one more blessing to be thankful for.