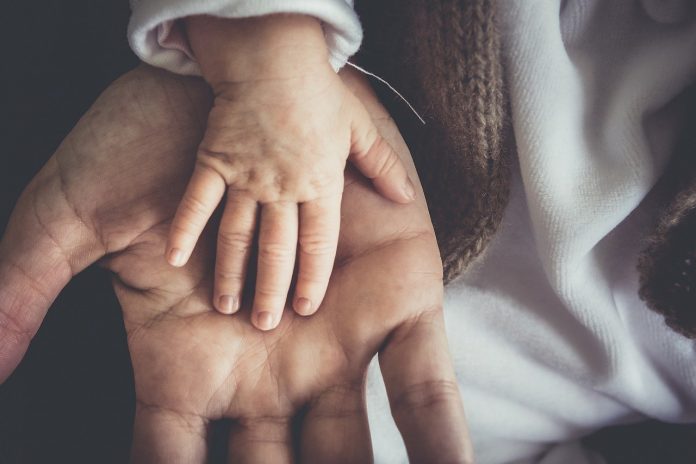 CHARLOTTE – High schoolers and other young people with disabilities often have a huge question that looms over their lives: Where will I land?

They may not be able to imagine themselves being independent, holding a job, earning a paycheck. Project SEARCH lights a pathway for them.

When the first Project SEARCH interns – mostly high school seniors – reported for duty at Novant Health Brunswick Medical Center last August, they may not have imagined themselves as team members – valued team members – a year later.

The students, who have disabilities ranging from social anxiety to autism to a physical disability, just knew they were taking the first step.

It took careful planning to make it all happen. “We didn’t just go to departments and say, ‘Hey, you’re getting an intern,’” said Paige Lippard, the hospital’s community engagement specialist. “We identified where students could gain the most useful, real-life skills. We sat down with people in those departments to find out what skills an intern would acquire there. We made sure we were teaching transferable skills.”

Five students graduated from the first group in May. “The program is strict,” Lippard explained. “You have to be here on time. The students who completed the program came every day, and they came during COVID.”

The students rotated through three departments – food and nutrition, patient transport and guest services – during the year-long program.

A lot of partners help Novant Health and Project SEARCH make it work. “It takes a village to make this program run every day,” Lippard said. Brunswick Community College, Brunswick County Schools and the North Carolina Division of Vocational Rehabilitation Services are all integral to the operation. The college supplies job coaches to be at the hospital. The county school system pays the salary for one teacher, who’s also on-site.

The program is now national in scope and has expanded well beyond the ER. The objective is still to help young people with disabilities secure employment through real-life work experience combined with workplace training.

The program works. During the 2017-18 school year, 94% of the more than 3,700 students enrolled in Project SEARCH programs across the country graduated from the program. And almost 75% were employed with year-round, non-seasonal work of at least 16 hours a week at the prevailing wage.

The program will expand even further when Novant Health Matthews Medical Center and Novant Health Huntersville Medical Center partners with Charlotte-Mecklenburg Schools to host Project SEARCH programs at both facilities this fall. Each hospital will host eight high school interns.

Just as with the program at Brunswick, the students meet at their host facility at 8 a.m. every day for class. Then they spend up to three hours at their internship and return to the classroom for a debrief and further instruction.

Karla Aldridge, a nurse by training and the supervisor of community health and wellness at Novant Health Matthews Medical Center, was integral in bringing the program to the Charlotte area. For her, the program is deeply personal. “I have a nephew who has special needs,” she said. (That’s Aldridge and her nephew, Carson, in the photo.) “He’s on the autism spectrum, but his school system doesn’t offer a program like this. He’s one of my biggest motivators.”

It’s not just good for the interns and the hospital. Everyone feels good about giving a chance to a young person with a disability. “It’s been a huge patient and family satisfier for hospitals that have engaged in this,” Aldridge said. “It just feels good to see someone getting a chance. It’s hope.”

“We’re giving these students an opportunity to see what they’re capable of,” she continued. “We’re helping them build self-esteem and self-worth.”

This is the real world

But first, they have to land the internship. Not every student recommended for the program gets accepted. “They have to do a resume, and they have to go through the interview process,” Aldridge said. In both Charlotte and Brunswick, there’s a skills test.

Aldridge has set the stage with hospital team members who will have interns assigned to them. The interns are there to learn, of course, but they’re also there to perform a job. Supervisors don’t coddle them; they treat them as they would any employee. Once interns graduate, future employers have the expectation that they can perform their duties.

Being a Project SEARCH intern is not a guarantee of employment at the host facility. The goal is for interns to gain skills they can take to any position in the community. The job coaches from the Brunswick Interagency Program help them look for and land employment.

Despite that, Brunswick hired two Project SEARCH grads. “Two of our students who really excelled in their rotations were asked to apply for jobs,” Lippard said. “We didn’t create these positions. It just worked out that two departments had a need, and they happened to know ideal candidates.”

The Charlotte-area Project SEARCH program begins Aug. 25. It’s sure to be the start of something big.

“At first, they’re nervous,” Lippard said of her first class of interns. “But after the first rotation, they’re excited. They’re genuinely excited to come to work every day. We have students who don’t want to miss a single day because they know that they’ve depended on. Their confidence level from the beginning to the end is night and day.”