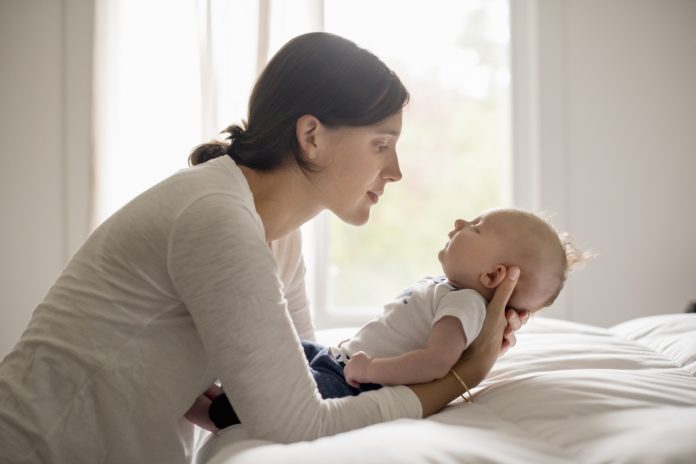 CHARLOTTE – Families nationwide are scrambling to find infant formula in the face of dwindling supplies and in some cases, empty store shelves.

The shortage was triggered in part by an Abbott Nutrition infant formula recall and a federal government shutdown of the company’s manufacturing plant in Michigan. Those actions came after four babies contracted a bacterial infection after drinking formula made at the plant, and two of them died. Abbott is the country’s largest maker of infant formula.

Supply chain issues from the pandemic are also to blame.

Dr. Catherine Ohmstede, a Novant Health leader and physician with Novant Health Dilworth Pediatrics in Charlotte, lays out several resources and strategies for parents and caregivers who need infant formula.

North Carolina is expanding the number of families who qualify for assistance buying formula under WIC (Special Supplemental Nutrition Program for Women, Infants and Children) and loosening restrictions on which formulas are included in the program. The state is also ordering infant formula in bulk, directly from manufacturers.

Ohmstede said most babies who drink conventional cow’s milk formula can switch to another brand without any issues with digestion. Different brands will likely have a different tastes and smells — so if a baby refuses to drink another brand, try mixing the old formula and the new one, starting with a higher amount of the old formula and increasing the amount of new formula with each bottle.

Parents can give babies who are six to 12 months old cow’s milk, in an emergency, if they run out of formula. Ohmstede said it’s safe, but stressed it should only be a temporary move, lasting no more than a day or two. And stick to under 24 ounces a day. The reason is that cow’s milk does not have the additional nutrients that babies need, especially iron.

Caregivers can also use soy milk, but again only for a day or two. And make sure the baby’s pediatrician knows about the switch to cow or soy milk.

Ohmstede suggested adding solids or purees to a baby’s diet to add some calories. That can start at 4 months if the baby has good head control.

What about milk banks?

Milk banks are another option, but can be pricy, Ohmstede said. The Human Milk Banking Association of North America accredits milk banks, ensuring that the donor milk is pasteurized and safe. Ohmstede does not recommend using an informal milk-sharing service. (More below.)

Women who had planned on weaning babies may want to continue nursing until formula supplies are back to pre-shortage levels.

What should parents avoid?

Homemade formula: Ohmstede, the state of North Carolina, and the federal government all caution against making infant formula at home. Ohmstede said it can be very difficult to balance nutrients and electrolytes in the formula, and warned the wrong recipe can harm an infant, and possibly cause seizures.

Watered-down formula: The same warning applies to watering down formula to stretch the supply. Don’t do it. Ohmstede said that move can also cause electrolyte imbalances, potentially hurting the baby.

Substituting milk for formula: Only cow’s or soy milk should be substituted, as described above. Ohmstede warned against using goat’s milk, saying it is not FDA-regulated. And she said plant-based milks, other than soy, do not have enough protein or nutrients.

Milk-sharing services: Ohmstede cautioned against using unregulated or informal breast milk-sharing services or groups. There’s no way to know if the milk is safe and pasteurized, or if the donor has taken or been exposed to any medications or other substances.

Contact the baby’s pediatrician. The doctor’s office may have access to formula or programs to help families. And the office should be able to guide parents and caregivers to healthy solutions for babies.

Treating Multiple Sclerosis With Medication And An Active Lifestyle