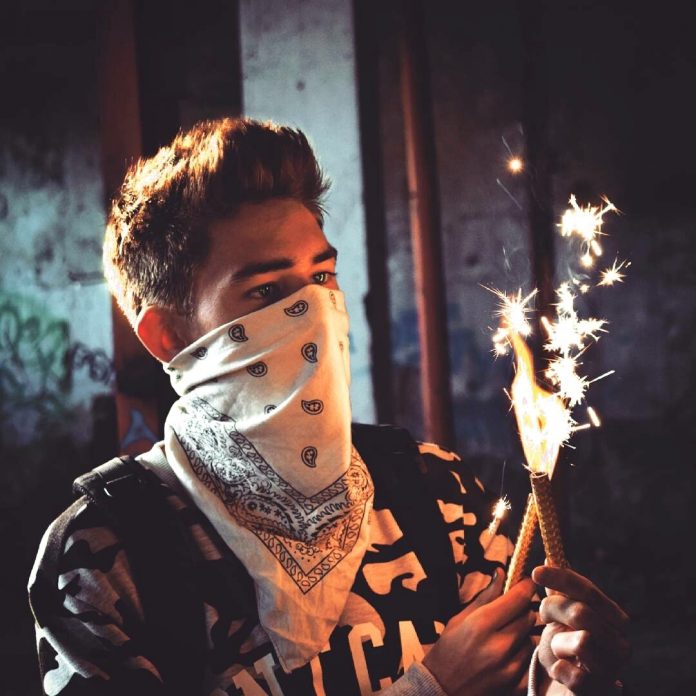 How to stay safe during July 4 celebrations.

Celebrating America’s Independence Day is synonymous with fireworks. But handling pyrotechnics yourself is dangerous and not recommended.

With most large-scale shows canceled this year due to COVID-19, some families or neighborhoods may hold their own celebrations, adding further to safety concerns. Wearing a face mask, practicing social distancing, and frequently washing your hands are strongly recommended in any setting.

While most of the more dangerous fireworks are not legal in North Carolina, many of these devices are legal just over the border in South Carolina and easily accessible to North Carolina residents.

Fireworks were involved in an estimated 9,100 injuries treated in U.S. hospital emergency departments in 2018, according to the U.S. Consumer Product Safety Commission. Of those, 5,600 came during the month surrounding the July Fourth holiday.

“Most of the time, we see minor burns or concussive injuries,” said Dr. Sloan Manning, a family physician and medical director of Novant Health GoHealth Urgent Care clinics in the Triad region, which includes Winston-Salem, Greensboro, and High Point. Most burns caused by fireworks affect the fingers and hands, and he usually sees first- and second-degree burns. More-serious burns would be treated in the emergency room.

Normally, patients seen for burns are treated with burn creams and antibiotic ointments. Sometimes, the patients require a follow-up visit to make sure the wound is healing properly, Manning said.

Even sparklers can be dangerous. About two-thirds of the injuries to children under age 5 were caused by sparklers.

“Sparklers can heat to around 2,000 degrees and can easily create burns,” Manning said. “Firecrackers and smoke bombs can get very hot and may explode unexpectedly.”

Manning noted that small children are the most at risk from fireworks. “They are the least experienced and maybe the most poorly supervised,” he said. “It’s a judgment call as to when your child may be experienced enough to handle fireworks, but it should never be without supervision.”

Additional safety tips from the National Council on Fireworks Safety include:

Manning highly recommended wearing safety glasses when handling fireworks. He also said not to buy any unlabeled fireworks packaged in brown paper. “Those are professional-grade fireworks not meant for amateurs,” he said.

Not allowed in North Carolina are:

“Have adequate supervision and adequate safety measures in place,” Manning said. “Don’t take chances with fireworks. Everyone wants to have fun and enjoy the show, but we want to make sure it’s a safe show.”